Anyone who’s ever attended any special event organized by a huge corporation to shill its product, whether for the press or for select members of the public knows exactly the amount of smoke and mirrors involved in the proceedings.

When the company in question is trying to sell nothing less than magic, dreams and childhood sprinkled with slightly science fictiony technology there’s also sentimentality and nostalgia in addition to the giddy feeling of privilege and anticipation, all of which forms up into a maelstrom of enthusiasm the most iron-clad intentions of objectivity can’t hope to escape. Having come out the other end of Nintendo’s carnival ride at their Truman Brewery Nintendo 3DS pre-release event, I will be trying my hardest to make good that escape. 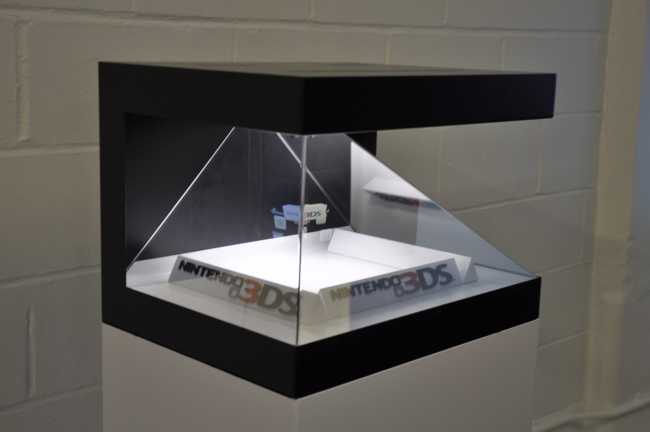 Just standing outside waiting for your time slot would probably have completed Nintendo’s objective with this event, as every new load of attendees spilling out on the street couldn’t help but contribute to the plague of enthusiasm breaking out among the huddling knots of humanity waiting for their turn. Once inside and done with the pleasantries, however, Nintendo up the ante. It’s completely shameless in all respects, all the way from the hologram projected in a prism right in the entryway to the stage where actors immaculately dressed up as Ryu and Ken are mock-fighting among props that are way more elaborate then they have a right to be for something that’s just supposed to be about the games.

And this isn’t some feeble, half-hearted attempt at theatricality either; the guys are consummate professionals, never break character and have the martial arts chops to make it work and then some. And this wasn’t even the most elaborate little play on the menu. The next room sees a replica Chris and Claire Redfield brief us all on the incoming contaminated area in a succinct but hilariously earnest manner. Characters were again beautifully held, not even the slightest crease in their expressions greeted the general merriment that followed their announcement. They promptly split us into groups and filed us off into the black, each hand on the shoulder of the person in front, only to emerge amidst the classic Resident Evil-esque set-up of chainsaw-wielding zombies, which our intrepid escorts promptly engaged in a contest of onomathopeic overacting that was nevertheless amazingly thrilling to watch, mostly due to the enthusiasm of the people involved.

Jonathan Ross popped in to say a few words via the medium of huge TV on the wall and even managed to get a few titters out of the assembled geekdom despite the otherwise overt propaganda efforts and a complete lack of Russell Brand and /or naughty talk about promiscuous nieces of revered TV stars. By now the high of the brilliant Resident Evil reenactment was wearing visibly thin, so the minute Ross’s face was gone, they sent someone out to get us all pumped again. She only got about three words in, two of which I believe were Nintendo and games, which was where she had us harder than Rene Zeilwegger at a Tom Cruise impersonator’s convention. The resulting cheer rolled off the walls in waves and settled on the room like fog.

Now it may very well be the case that my luddite levels of exposure to 3D technology might have left me woefully unprepared for what followed, but my first reaction was to turn the console sideways to see how thick the screen was. You might have seen this coming, it wasn’t thick enough. Nowhere near. What it was, however is a promise fulfilled. Nintendo have given new meaning to the term pocket dimension.

If you’re the least bit interested in this sort of thing, you’ve probably already had your fill of screenshots and trailers. I’m not here to talk about that. Or at least, not as much as you’d expect. Yes, Ocarina of Time is looking resplendent and supremely confident, much like a chaperoning mom who puts all the girls at prom to shame. Resident Evil Mercenaries is shaping up to be everything you could possibly want from a portable Resident Evil and the 3Ds’ single analog fits the gameplay to a T. The Kid Icarus sequel you’ve only had the chance to see with your eyes closed until now is a palpable reality and looks better than your wildest NES-era dreams.. Nintendo’s games have borne the stigma of kids’ games for the majority of their existence, but the 3DS turns that insult into a compliment. These are kid’s games, but only in the sense that if you happen to catch your reflection in the 3DS screen while you’re playing your first thought will be to wonder who that grown-up is. 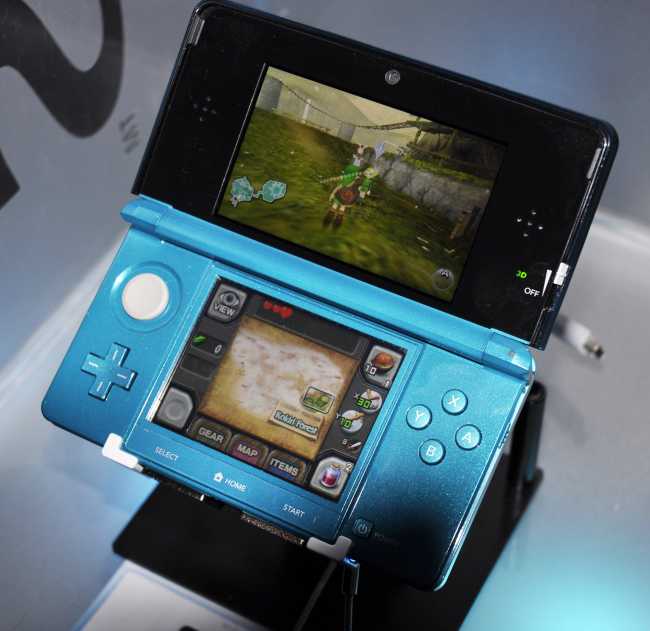 Nintendo have made a dollhouse, a skating rink, a fighting arena and everything in between and it wants the little people living in your handheld to be the realest imaginary friends you’ve ever had. The most important thing they did, however was give you the impression that Ryu might just pop behind the curtain for some tea and crumpets when you turn the game off. And the worst thing is that now I won’t be satisfied until they make one where I can reach in there. When it comes to offering a sense of place and a literal depth that the medium has never had, Nintendo haven’t so much set the bar high, but put it on a rocketship even now racing towards the furthest reaches of uncharted space.

If you’ve read up to here, then you’re probably of the opinion that I should have titled this article Ode to the 3DS. You’d be right, save for this pesky paragraph. The main takeaway for anyone considering a pre-order is don’t. Just don’t. Wait for it to get to the shops, and then maybe get a mate to come with you to one where they have a demo unit. Take an hour or so to really give it a workout. You will probably feel your eyes start tunneling into the back of your head by then, but here’s the rub. If they’re only just feeling a bit pushed in, like you’ve been rubbing them too hard, then you’re most likely good to go. If, however, your eyes feel like two very determined chaps with pickaxes who have their hearts settled on meeting inside your cerebellum, imagine how they’ll feel after three times as much.

I’m not saying never ever buy a 3DS, because the software library alone would preclude that notion. I’m just saying hang onto your DSi until there’s a game out for it you want so much it hurts a little bit. Chances are the insane early adopter premium you’d be paying for a feature that may cause you physical pain (on a European model at least) might have lessened and you can turn off the 3D completely with a minimal amount of buyer’s remorse. Because while Nintendo have managed to make magic happen, the rest of the world hasn’t quite caught up yet.