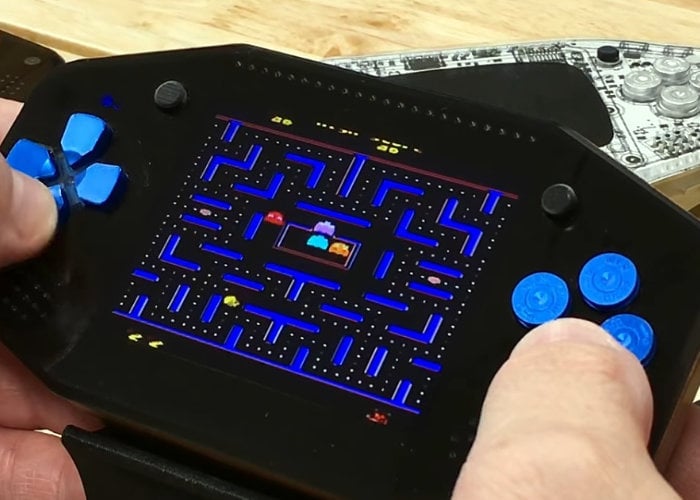 Expanding the list of DIY Raspberry Pi handheld gaming consoles little further is a new project by YouTube channel DIY Engineering which enhances previous designs to make it slightly smaller and faster. Be warned though that this build uses a number of desktop fabrication systems such as 3D printers, CNC machines and a laser cutter. Check out the video below to learn more about the project and get inspiration for your own build. The buttons, D-pad, screen and battery are bought off the shelf, but everything else is DIY.

“The Raspberry Pi is a great platform for running retro video games, and with the addition of some buttons, a TFT screen and some speakers it’s relatively inexpensive and easy to get a working console up and running. If you have access to even a cheap 3D printer, a good-looking DIY console is well within reach for not a lot of money. [DIY Engineering] has a bunch of consumer-grade fabrication tools and has designed and built a high-end but still DIY RetroPi gaming console, the RKDR II”