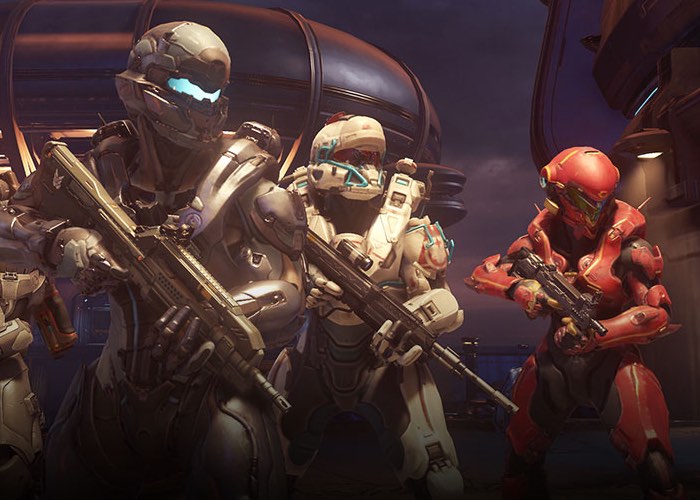 To celebrate the highly anticipated launch of the new Halo 5: Guardians game created by 343 Industries specifically for the Xbox One. Microsoft has announced details of special fan events but will be taking place for the midnight launch of the latest Halo game throughout the US.

Events will be held at the Microsoft Flagship Store, New York, as well as the MS Store in the University Village, Seattle and the Microsoft Store at Westfield Century City in Los Angeles. More details on each can be found below.

Microsoft stores celebrate the opening of its new Fifth Avenue Flagship with the Master Chief and Spartan Locke. Fans can line up to purchase Halo 5: Guardians and have a chance to have it signed by 343 developers. Janina Gavankar from the popular Hunt the Truth Halo audio series will also be in attendance, as will cosplayers from the 405th Infantry.

Fans can line up as early as 10 a.m. on Monday, October 26 on 54th street, around the corner from the Flagship at 677 Fifth Avenue. Doors will open at 9 p.m. and the event will end around midnight. More details on the Microsoft store Facebook page.

Experience the fast-paced action of Halo 5: Guardians multiplayer in real-life with the BOOMCo Breakout Arena, be one of the first to get your copy of the game, and get it autographed by members of the team at 343 Industries. I will also be there giving away special prizes, including Xbox One consoles, Xbox One controllers and much more. Members of the Halo 5: Guardians development team and the voices of the Master Chief (Steve Downes) and Cortana (Jen Taylor) will also be in attendance.

Doors will open at 12 p.m. on Monday, October 26 for the BOOMCo Arena in the parking lot at the nearby Office Depot (4900 25th Ave NE, Seattle, WA 98105), andHalo 5: Guardians gameplay will be available beginning at 6 p.m. The Microsoft store will host fans looking to pre-order Halo 5: Guardians at 6 p.m. with Halo-themed food, music via a DJ, early gameplay and more, followed by an autograph session with 343 Industries, Downes and Taylor from 9 p.m.—11 p.m.  More details on the Microsoft store Facebook page.

Come to the Microsoft store at the Westfield Century City to join in the party for Halo 5: Live and the highly-anticipated launch of Halo 5: Guardians. Meet voice-over actors from the game, including Darren O’Hare (Lasky), Q&A with key 343 Industries developers and surprise celebrity guests. Fans will also have a chance to appear on the Halo 5: Live broadcast throughout the night. Lastly, it wouldn’t be a launch party without a live DJ, food, giveaways and some exclusive prizes.

Lineup begins at 4 p.m. on Monday, October 26, with doors opening at 6 p.m. More details on the Microsoft store Facebook page.

The fun doesn’t stop there. Fans can also enter the in-store sweepstakes for a chance to win a trip for two to Seattle for exclusive behind-the-scenes Xbox experiences. Find out more information on the Microsoft store Facebook page.

Pre-order your copy of Halo 5: Guardians by October 23 at 10 a.m. PT at a Microsoft store or online for these exclusive offers below and then come pick it up on release day at the store:
▪ $10 Xbox gift card digital code within 10 days after the game’s release
▪ Recon Assault Rifle with Energy Bayonet
▪ Lagrange Assault Rifle Weapon Skin
Add these dates to your calendar and get in on the gaming action at your local Microsoft store – we look forward to seeing you there!