After revealing a little gameplay from the fan developed Black Mesa Half Life game, back at the beginning of last month. Half Life fans will be pleased to learn, that the development team behind the new Black Mesa game, which has been under development for some eight years have announced a final release date for the mod. 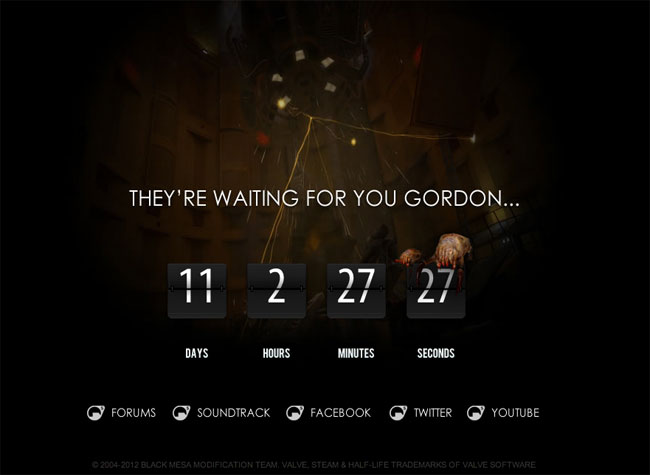 The Black Mesa development team has revealed a new website this week with a countdown to the launch of the highly anticipated game. Black Mesa is a mod of the original Half Life game from 1998, which has been developed using the currently more advanced capabilities of the Source engine.