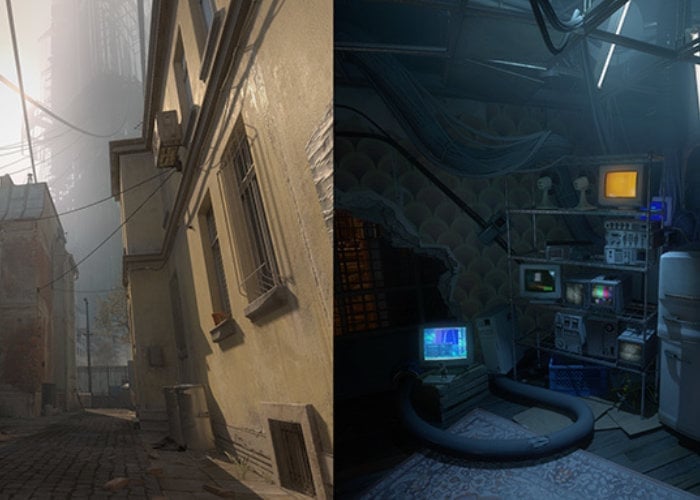 “If you already own a Valve Index, or have ordered one, the bonus Half-Life: Alyx preview locations have just been released and are now accessible to you via Steam VR Home. Starting now, you can download and visit two locations from the game, before the game comes out on March 23rd. One is an outdoor space taken from City 17 in the shadow of the under-construction Citadel. The other is Russell’s laboratory, where he helps Alyx make plans to take on the Combine. The rendering technology available in SteamVR’s native environments is different than that in Half-Life: Alyx, and the interactivity is significantly lower than what the game itself provides. So while these scenes do not have quite as much fidelity as they will in the actual game, we think they are a faithful enough translation to provide a fun VR preview of the game’s setting.”

At the moment there is currently an eight-week class waiting time for the Valve Index VR headset, after more stock was made available at the beginning of this week but quickly sold out within 24 hours.