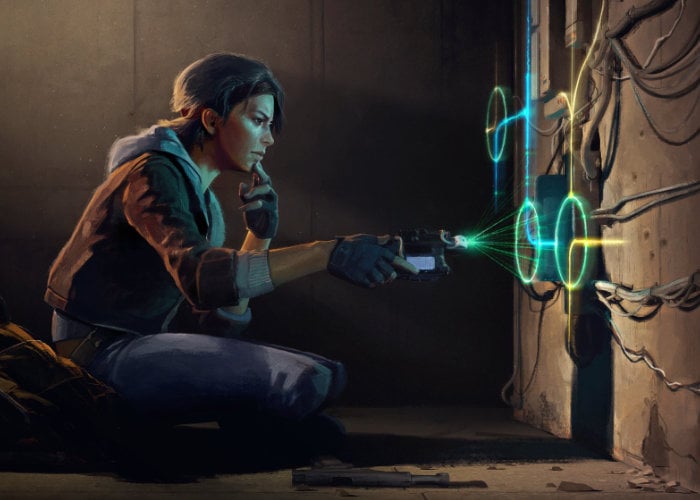 Anyone interested in learning more about the upcoming and highly anticipated Half-Life Alyx virtual reality game created by Valve. Are sure to enjoy this developer walk-through, providing a little more information on how the virtual reality gameplay will function within the new Half-Life game specifically created for VR.

During an exclusive IGN interview Valve’s Robin Walker and Corey Peters takers through the first stages of the game explaining exactly how the core VR components will function. Half-Life Alyx takes place before the return of Gordon Freeman in Half-Life 2.

If you fancy enjoying Valve’s epic Half-Life adventure series in virtual reality you will be pleased to know that the unofficial fan made Half-Life 2 VR mod is now available to download from Steam.

“Players control Freeman’s ally Alyx Vance as she and her father Eli Vance fight the Combine, an alien empire that has conquered Earth. Designer David Speyrer said Alyx was not an episodic game or side story, but “the next part of the Half-Life story”, around the same length as Half-Life 2. Players use VR to get supplies, use interfaces, throw objects, and engage in combat. Like the gravity gun from Half-Life 2, the gravity gloves allow players to manipulate gravity. Traditional Half-Life elements such as exploration, puzzles, combat, and story are to return. Every weapon can be used one-handed, as Valve wanted players to have a hand free to interact with the world at all times.”

Half-Life Alyx will be officially launching on March 23rd 2020 and today Valve has announced that more Valve Index VR headsets will be made available in limited quantities on Monday March 9th 2020.