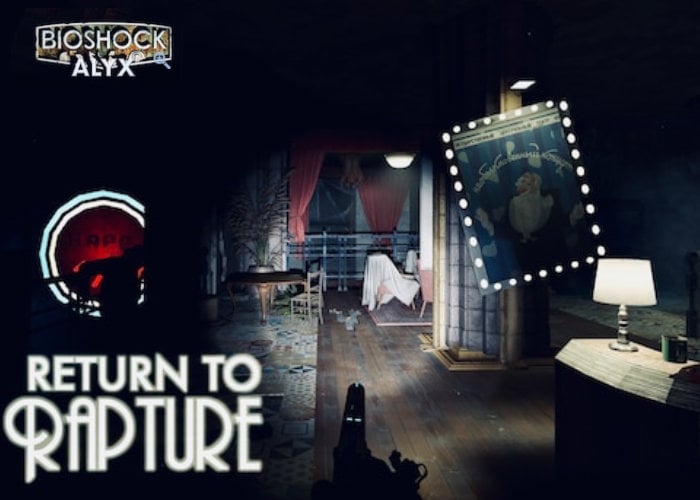 BioShock fans maybe interested in a new mod released for the virtual reality Half-Life: Alyx game created by Valve, which allows you to enjoy the world of BioShock’s Rapture using your virtual reality headset. The mod has been created by developer wim.buytaert.1988

“The latest jaw-dropping Half-Life: Alyx mod brings the iconic world of BioShock’s Rapture to VR for the first time.”

“From the creator who brought you the lost case. I can now present you “Return to Rapture”. The combine discovered the whereabouts of Rapture. Rumors still exist that the suitcase from Andrew Ryan holds the secrets to adam and the plasmids. It’s a race against the clock to get to it first, to retrieve it and get out in one piece.”

– vita chambers to save your game! hack the pannel-go inside-you wil hear the sound and see the light
– Sountracks from Bioshock 1 and 3
– Audio diaries
– Little sister machines (drop junk in there lets give it a purpose people :d)
– Vending machine (search white keycards and drop them in machine)
– My voice as your helper
– Atmosphere as never seen before !!

Visit the official Return to Rapture mod page within the Steam Community by following the link below.