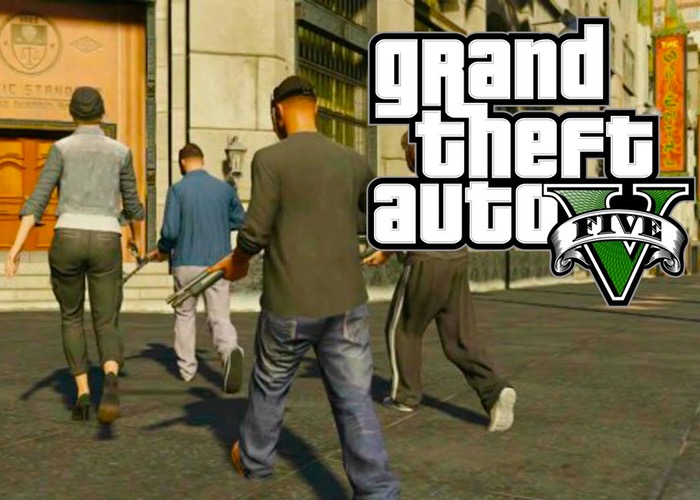 Today more details have been released by GTA creator Rockstar regards its new and highly anticipated GTA Online Heists update that is set to be rolled out next week on March 10th, 2015.

The latest Online Heists update will be available to play on both old and new generation gaming consoles and will also be included within the PC version of the game that is launching on April 14th.

Come Out To Play: “A team of three Runners just trying to make it home, and a team of Hunters are out for blood. Runners are well-armed but limited to movement by foot, while the opposition wield free-aim shotguns and ride motorbikes or ATVs. Hunters must stay on their bikes and have access to unlimited lives, while the Runners have just one life but all their weapons available to pick off the Hunters at will.”

Siege Mentality:  “Up to four players stand their ground, outnumbered but not outgunned as they fight to survive against up to 6 determined attackers in a location defense mode, GTA style. Attackers have unlimited lives but fight only with sawn-off shotguns. Defenders have full use of all their weapons.”

Hasta La Vista: “The chase is on as Truckers in big rig cabs hunt down a team of Cyclists. The Cyclists’ goal is simple: reach the final checkpoint without getting crushed under the wheels of the pursuing trucks. Without traditional weapons the Truckers must rely solely on their vehicles to crush the Cyclists. Meanwhile, the Cyclists must harness the maneuverability and acceleration of their bikes to evade the trucks, while keeping an eye over their shoulder. If one of the Cyclists reaches the checkpoint, the Cyclists win. If all Cyclists are terminated, the Truckers prevail.”

Rockstar will also be rolling out daily challenges for players to enjoy offer a rotating set of challenges everyday, with three new missions added every 24 hours.