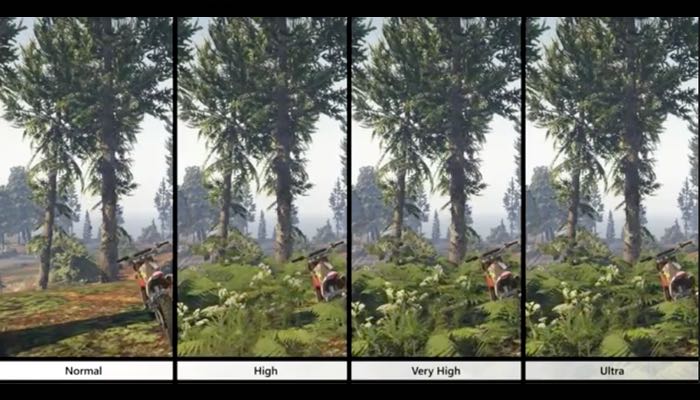 Gamers considering purchasing the new Grand Theft Auto 5 PC version of the game who would like to see all the PC graphics settings compared side-by-side.

Will be placed to know that YouTube user ‘wiliextreme’ has created a video comparing all the GTA five graphic settings ranging from normal up to ultra.

GTA 5 launched last week for PC and brings with it a number of new features that are not available on the console versions of the game. As well as being able to set your graphic rendering to secure hardware and play style, Rockstar has also included a new feature called Rockstar Editor which allows you to record your exploits and share them with friends and other gamers via social networking services.

In the 10 minute video below wiliextreme provides a great comparison between all the GTA 5 PC graphics rendering settings showing you exactly what you can expect to see and not see depending on the setting that you choose.

When GTA 5 originally launched on consoles around the world, Rockstar set the record for reaching $1 billion in revenue faster than any other entertainment product in history. The GTA 5 PC version is now also adding to those sales and already being used in number of awesome virtual reality modes using the Oculus Rift and other hardware.