At CES this week Griffin has unveiled a number of new devices which have been added to its range of accessories and docks. One new dock device is the Griffin StudioConnect, which allows you to connect an iPad to other sources using audio in/out, MIDI in/out, and a stereo headphone jack connection.

The StudioConnect mono 1/4″ instrument jack enables you to plug your guitar to StudioConnect and play directly into GarageBand or other apps. Left and right channel RCA plugs give you line-level stereo audio-out, and for your headphone there’s a separate front-panel 3.5 mm stereo jack with its own volume knob. 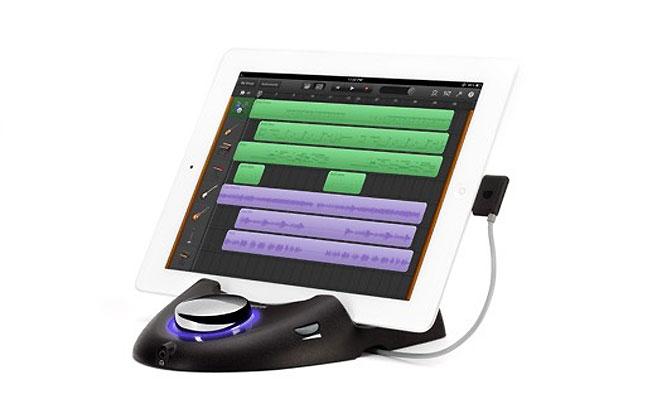 “Whether you’re a serious musician, a confirmed hobbyist, or a budding composer, you know about MIDI (Musical Instrument Digital Interface). Unlike audio recording, MIDI lets you capture the digital instructions for a musical performance, and then play them back later on a MIDI instrument.” 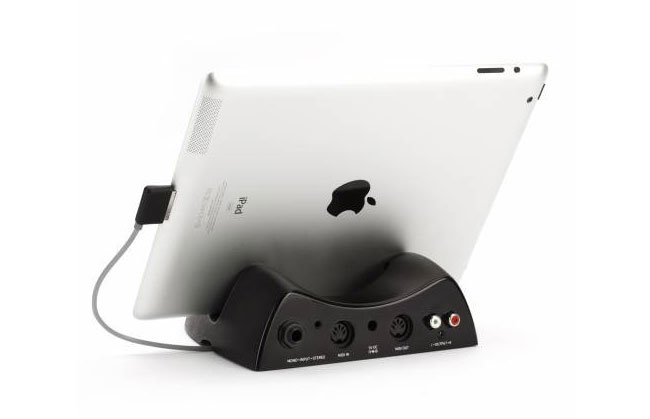