If you are one of those people that is always dropping and breaking their phone, or you are just looking for something a little more rugged than the standard run of the mill phones on the market.

Gresso has a new super rugged phone called the Gresso Extreme X3 which is capable of with standing the pressure from a 1 tonne weigh, surviving 7m drops on to concrete and can withstand temperatures between -50 and +60° С. 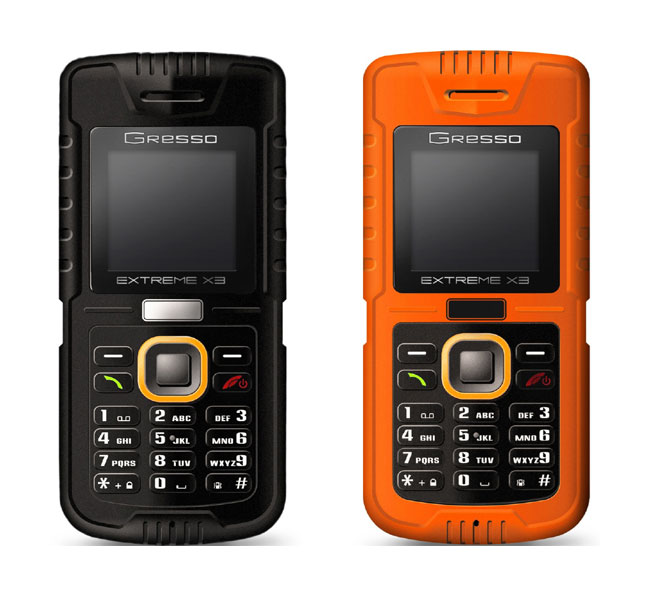 Due to its extreme ruggedness the Gresso Extreme X3 has been awarded the International IP67 certificate, and the Guinness Book of World Records has included the handset in their records as the first of its kind which can remain underwater at a depth of 5 meters for 1 hour. As you would expect being so waterproof  the Gresso Extreme X3 is also dust and moisture protected.

The new Extreme X3 phone will be arriving next month for $270.