There are many gamers out there who are really looking forward to the launch of Grand Theft Auto 5. If you happen to be in the market for a new PlayStation 3 game console and you’re a fan of the video game franchise, you’ll be excited to hear that a GTA 5 PS3 bundle was unveiled at E3 yesterday. The new game console bundle will be available at the same time Grand That Auto 5 launches. 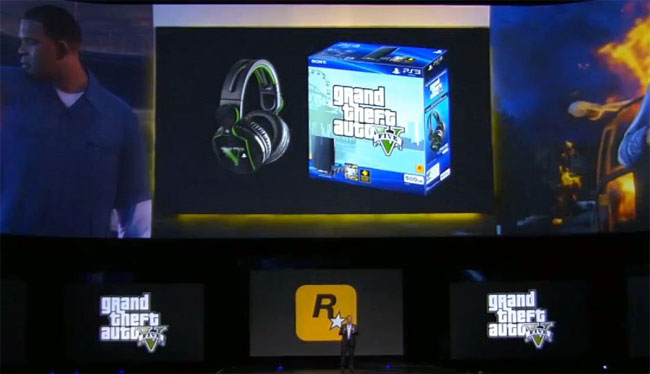 The console model will include a 500 GB PS3 console, a copy of GTA 5, and a PlayStation Plus trial membership. It appears that the PS3 offered in the video game console bundle will be a standard black PS3. If you’re hoping the bundle will include a PS3 with some sort of special artwork, it looks like that’s not in the cards.