Back in 2008 Lucas Ordoñez, won a Gran Turismo competition which enabled him to have a race win a really racing car. Well this year the same gamer has now won a position on the podium at Le Mans the gruelling 24 hr sport car race held in France.

Ordoñez won the Grand Turismo races that put him on the road to becoming a professional racing car driver, while being a student. Now he races multi-million dollar race cars in real life and following successful campaigns in the European GT4 Cup driving a Nissan 370Z, this year Lucas stepped up to race a Nissan-powered LMP2 car in the Intercontinental Le Mans Cup. 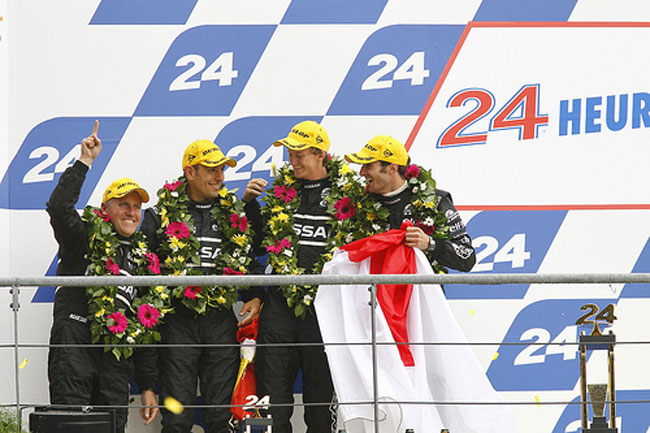 Ordoñez and his teammates Franck Mailleux and Soheil Ayari  are part of the Signatech Nissan team and finished in second place in their class even after experiencing two punctures during the 24 hour Le Mans race.

“It was a day when all of my dreams came true. Three years ago I won an amazing prize but never in my wildest dreams did I think that it would take me all the way to the Le Mans podium. I have been on the biggest adventure you could ever imagine and I must thank Nissan and PlayStation for creating GT Academy!

I also have to thank my two teachers, Franck and Soheil, from whom I have learnt so much, and of course the Signatech Nissan boss, Philippe Sinault. Finally I must thank my family and friends for putting up with me while I pursue my dream. It will take a while for this to sink in for me but so far it is the most amazing feeling.”

You can read more about Lucas Ordoñez fantastic win over on the Playstation blog.