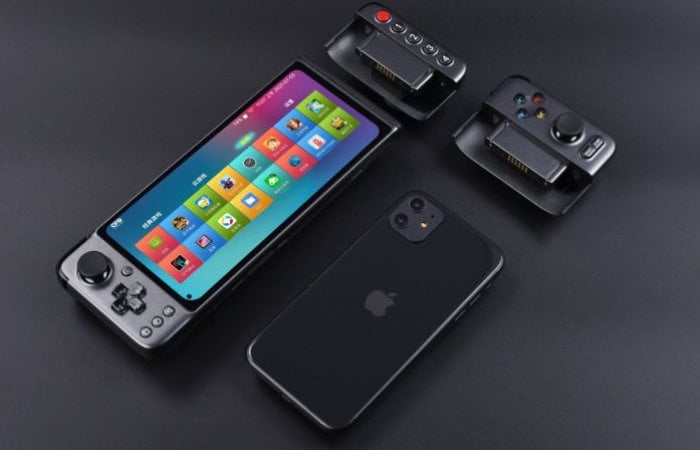 The modular design will allow gamers to choose between standard Xbox style controls featuring dual analog sticks, a D-Pad, and X, Y, A, B buttons plus shoulder buttons which can also be swapped out if preferred with a smaller add-on with five buttons. The GPD XP games console features a 7,000 mAh battery and as soon more details are made available will keep you up to speed as always.

“The device is designed as a handheld game console rather than a phone, so there’s no earpiece mic or speaker for making calls, even over VoIP services and no support for phone calls or SMS, so if you do pop in a SIM card, you’ll only be able to use it for 4G data.”

Unfortunately, no information on pricing or worldwide availability has been released as yet for the GPD-XP, but as soon as information comes to light, we will keep you updated as always.