Ask a stupid question? Really, whose got money these days? Not just some money, but a whopping $2.9 million for this unused science facility in California. It’s not an ion cannon for orbital strikes and it can’t transport you to another dimension, but it is serious hardware. Plus, there’s a massive plot of land thrown in! Turns out the Jamesburg Earth Station is a Cold War relic previously owned by a hi-tech firm but now for sale.  Not only did it transmit space missions to live audiences, but the whole facility was built to withstand a nuclear attack. If you believe in Judgment Day via the singularity, this might be a good investment. 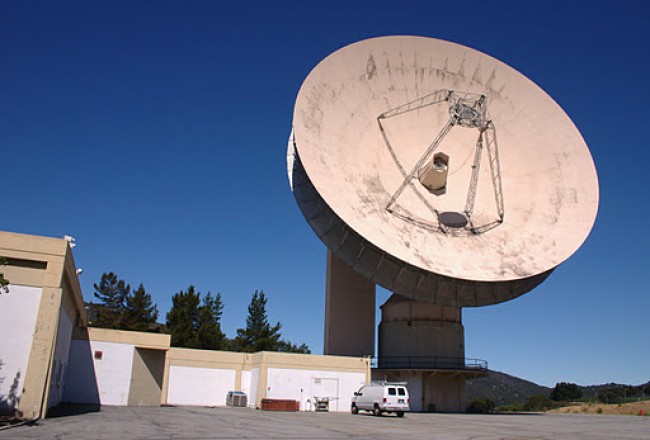 At the very least, maybe you can turn the dish into a swimming pool.