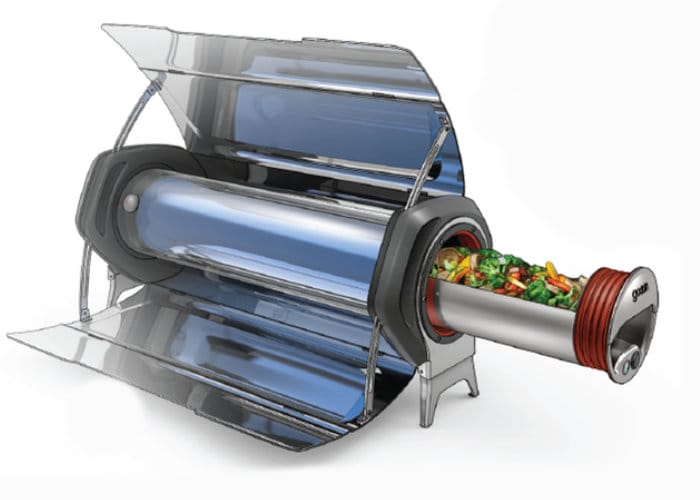 Patrick Sherwin and the GoSun team based in San Francisco, California have once again taken to Kickstarter to launch their latest solar cooker in the form of the GoSun Fusion, capable of cooking both through the day and during the night. Watch the demonstration video below to learn more about the technology which allows you to cook meals any time and anywhere thanks to the design of the high efficiency hybrid stove. 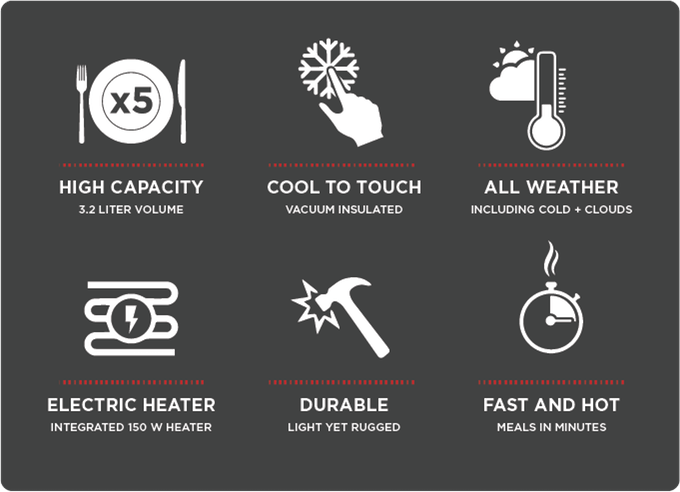 Early bird pledges for the GoSun Fusion are available from $299 or roughly £228 with worldwide delivery expected to take place during April 2019. The GoSun is the company’s fourth solar cooker and is expected to start shipping worldwide during April 2019. “GoSun is revolutionizing the way people cook. The Fusion’s Hybrid Solar + Electric Technology enables cooking anywhere, anytime thanks to GoSun’s advanced thermal performance. The vacuum insulated oven is capable of cooking in the same time as your conventional oven, while being five times more efficient. “

Designed for portability the GoSun Fusion offers a 3.2 liter cook tray large enough to provide enough food for five full meals and offers the “sweet spot between weight, durability and cost” say its creators. Thanks to its solar power technology the cooker is the world’s cleanest oven and requires No fire – no soot, no emissions, no carbon crud, No fuel – no wood, no oil, no gas, no dangerous flame and No burning – no smoke, no stink, minimal clean-up. Allowing you to steam, bake and roast food at your leisure.

For more information and full specifications jump over to the official crowdfunding campaign page by following the link below. With still 50 days remaining on the campaign the team of already raised over $85,000 thanks to over 200 backers.