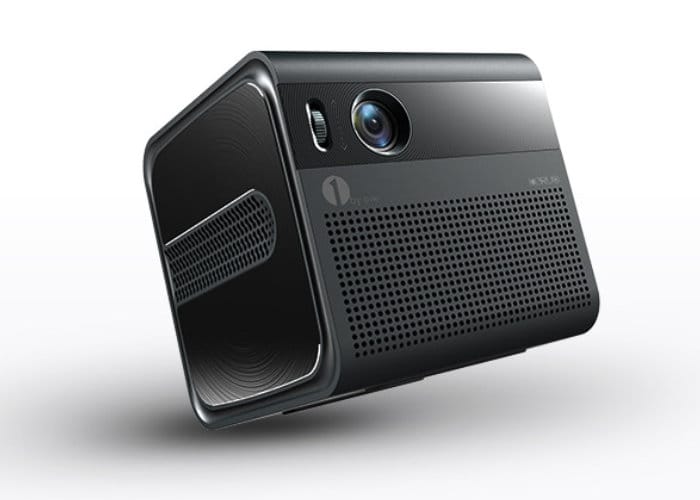 If you are looking for any pico projector you might be interested in the GoSho which is capable of projecting a 200 inch picture and only measures 3.5 inches square. Features of the pocket size projector include a brightness of180 ANIS lumens, extended for our playtime on a single charge, auto-keystone correction, support for Alexa and Google assistant and the ability to stream directly from your smartphone, tablet, laptop, media system or desktop computer system.

Watch the demonstration video below to learn more about the mini Pico projector which has this week launched via Indiegogo and has already raised over $77,000 with over a month left on its campaign. “With 180 ANSI lumens, GoSho surpasses all other mini-projectors on the market with superior picture brightness and unbeatable contrast levels and clarity. You can enjoy HD picture in a regularly-lit room – so now, every seat is the best seat in the house.”

Pledges are available from $269 to early bird backers with worldwide delivery expected to take place during August 2018. Early bird pledges offer a 46 percent saving off the recommended retail price. An packages include a remote control, quick charger wall adapter, mini HD protector and user manual. For more details and full specifications jump over to the official Indiegogo crowdfunding campaign page by following the link below.