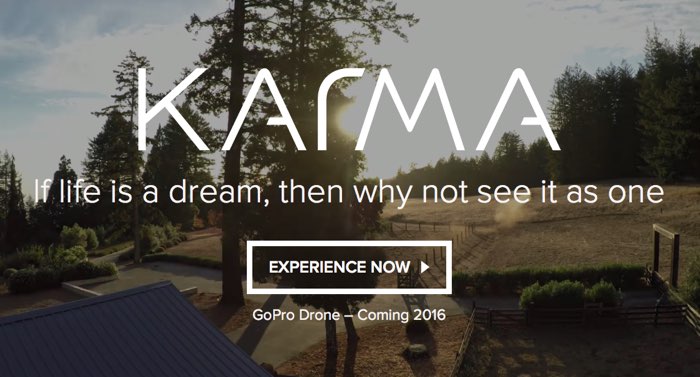 GoPro Karma is the name for the company’s first consumer drone, the news was confirmed by a video which was posted to the company’s website.

You can see the video below, you don’t actually get to see the new GoPro Karma drone, but we suspect that the video footage was shot using it.

GoPro will launch their new drone next year, the company has yet to reveal any details about the device, we will have to wait until next year to find out. Whether it will come with a GoPro camera built in or whether this will be added on separately remains to be seen.

As soon as we get some more details about the new Karma drone from GoPro, including some actual photos of the device and some specifications, we will let you guys know.