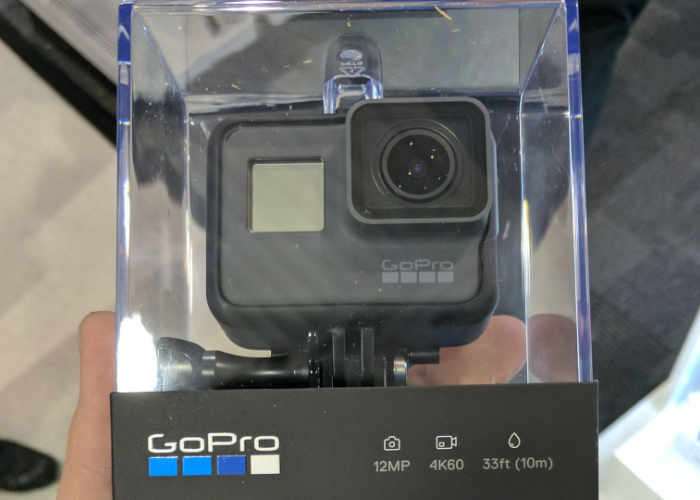 Following on from the leaked details which were unveiled earlier this month on September 18th, 2017, go pro has now officially announced they will be holding an official launch for their new GoPro Hero 6 Black in San Francisco on September 28th, 2017.

The new GoPro Hero 6 Black is apparently capable of recording 4K Ultra HD footage at 60fps or 1080p footage at up to 240 fps and is expected to be made available for $499 on the day of launch.

New additions to the GoPro Hero 6 Black are mostly internal and the design will look similar to the previous Hero 5 Black action camera. Leaked details previously revealed the following :

– There will be only one Hero 6 (Black) camera announced.
– All accessories from the Hero 5 Black will fit the new Hero 6 model (same size, same battery – the Hero 6 design is identical to the Hero 5).
– 4K60, 1080p240, 1440p120 video recording capabilities.
– The Hero 5 Black and Hero 5 Session will still be available. The new Hero 6 Black will be more expensive.
– Probably there will be no price reduction on the Hero 5 Black this year (currently $399).
– The Hero 4 Session is going to be discontinued soon (already discontinued in some stores).
– There will be a new underwater-stick with a quick-release plate similar to the GoPro El Grande.
– There will be a price reduction on the 3-way grip and on the El Grande pole.
– There is a small chance that the GoPro HERO 6 camera will be available in different colors.

As more information is made available on Thursday of this week we will keep you up-to-date on all the latest news about the GoPro Hero 6 Black action camera.