We have featured the range of GoPro action cameras plenty of times here on Geeky Gadgets since its launch. But this latest video which is being released by the GoPro camera company shows exactly what it’s like to ride a mountain bike at speed with Kelly McGarry in a first person perspective, and then complete an awesome backflip over 72 foot canyon in front of the crowd. Check out the video after the jump. 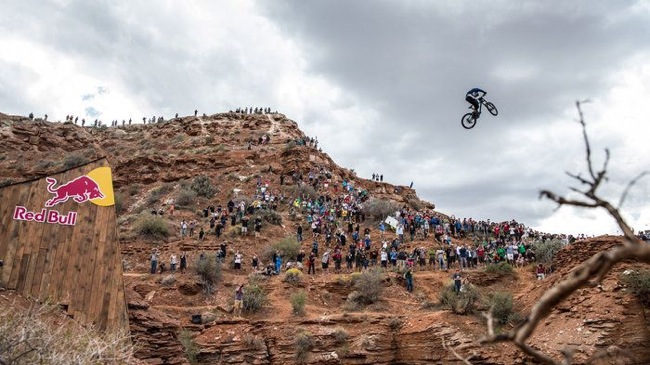 The awesome footage was captured from the GoPro camera mounted to the helmet of Kelly McGarry, who was racing in the Red Bull Rampage 2013 and pulled the backflip spontaneously during the race.

Unfortunately the time wasn’t quick enough to bag 1st position, but a second place pulling a trick like that in the process is so much cooler in my book that an out right win. Awesome job!

“The finals brought first-time tricks, harsh crashes, and the first-ever repeat Rampage champion.
From the biggest backflip ever to the biggest no-hander ever — and all bails in between — Red Bull Rampage 2013 will go in to the history books as the rowdiest event to date.”