Goophone has wasted no time cloning the new Samsung Galaxy S5 which is now being advertised on their website priced at just under $300, after just two of seeing the new Galaxy S5 smartphone. 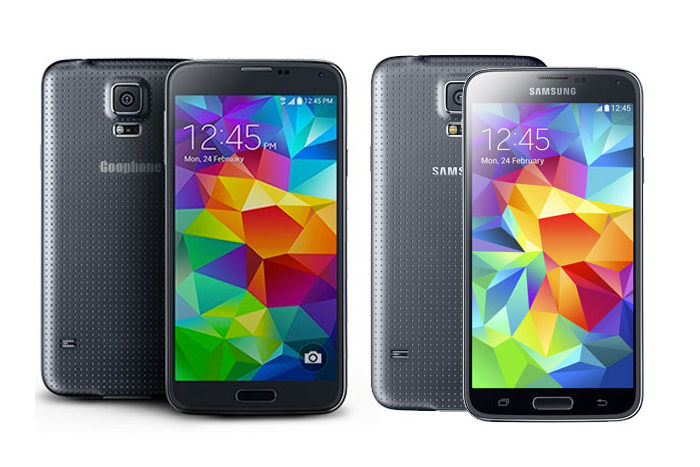 To recap the new Samsung Galaxy S5 is fitted with a 5.1-inch display offering users a resolution of 1920 x 1080 pixels and is powered by a powerful quad-core 2.5GHz Snapdragon 801 chipset with Adreno 330 GPU supported by 2GB of RAM.

Other features of the new Samsung Galaxy S5 smartphone include a 16 megapixel camera for photos and videos, with 16GB of internal storage and a microSD card slot for further expansion when required.

For more information on the new Goophone S5 clone jump over to the Goophone website for details.