Goophone has this week launched a new clone that has even beaten the original manufacturer to market and follows on from the recent launch of their new Samsung Galaxy S5 clone which was launched just 2 days after Samsung officially unveiled the smartphone.

Now Goophone has beaten that quick turnaround and created a clone of the yet to be officially launched all new HTC One smartphone. Which up to this point has only been seen in leaked images and specifications without anything being officially announced by HTC themselves. 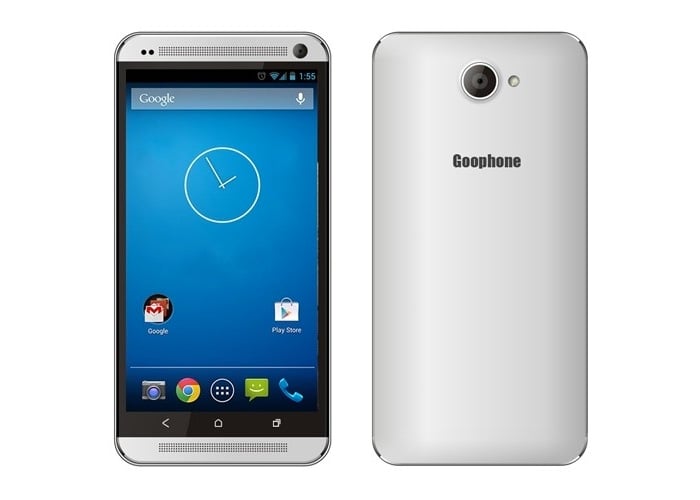 Unfortunately in their rush to clone the all new HTC One, Goophone has missed a number of the more prominent features of the all new HTC One smartphone and has not included the two camera lenses on the rear of the device that HTC has added to theirs.

Goophone’s M8 is powered by 1.7 GHz MediaTek MT6592 octa-core processor supported by 1GB of RAM and equipped with 16GB of storage, and is fitted with a 5 inch 1920 x 1080 pixel resolution display and 5 megapixel front facing camera for video calling, together with a 12.6 megapixel rear facing for video and photographs.

The Goophone M8 clone is expected to ship with Android 4.2 Jelly Bean software and will be priced at $230. HTC is expected to officially unveil their all new HTC One smartphone on March 25th 2014.