There is plenty of speculation as to what Google will be announcing in its September 8th Event. The invitations have already been sent to members of the press and Google is promising to unveil Google’s latest technological innovation and give us an inside look at the evolution of Google search. 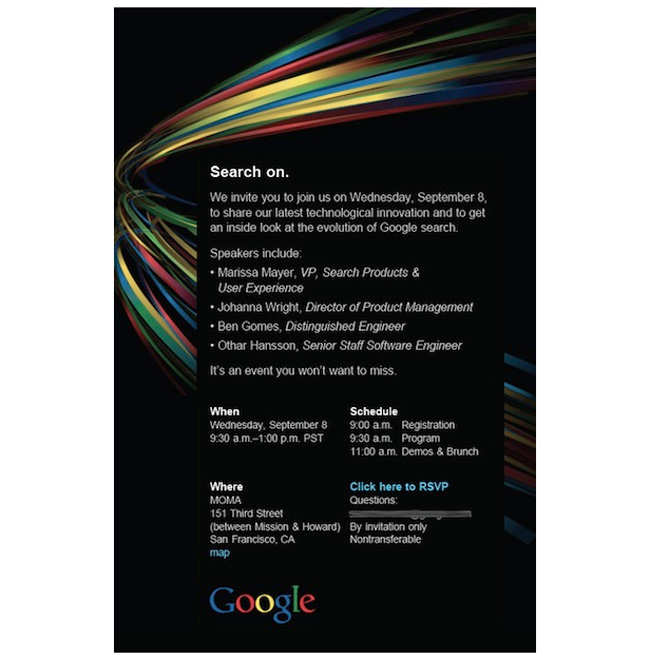 The event being held at the Museum of Modern Art (MOMA) in San Francisco maybe be the stage for Google to reveal its iTunes Killer music service but it is more likely going to be a presentation on Googles developments of its image search service and its development to other mobile platforms later this year.

But rumours are suggesting that Apple’s iTunes software and services will face fresh competition from Google’s Music service by this Christmas. The Team led by Googles Andy Rubin is already reported to be deep in discussions with music labels for the service.