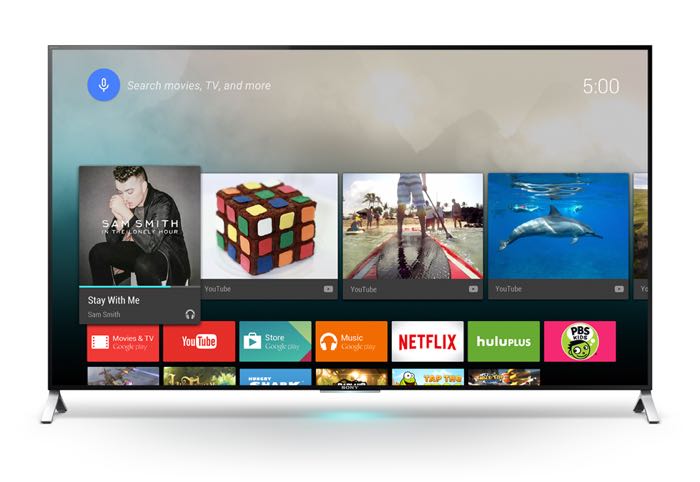 Now Google has announced that it has teamed up with a range of manufacturers, and we can expect the first Android TVs to launch this Spring.

When Android TV was announces last year, Google also announced their new Nexus Player device, and now the company has teamed up with a range of TV manufacturers.

This spring, Sony, Sharp and TP Vision, with its range of Philips TVs, will start shipping televisions powered by Android TV. These have all the goodness of Android TV built in so you won’t need to plug anything extra into your television. You can use a single remote to watch live TV channels and play games, movies or shows from Google Play and your apps. These televisions feature voice search, to help you quickly find what you want, and they’re Google Cast Ready so you can cast your favorite entertainment from your phone or tablet to the big screen.

Other companies like Razer have announced Android TV devices at CES with their new Razer Forge TV, as soon as we get some more details on when these new Android powered TVs will launch, we willlet you guys know.