Every time Google releases a new version of their Android OS, they place a new mascot on the Google lawn, last week Google placed a new Android 4.1 Jelly Bean mascot outside their offices.

It looks like Google are having a few problems with their latest mascot, as Google’s Dan Morill has announced on Google+ that their latest statue has melted. 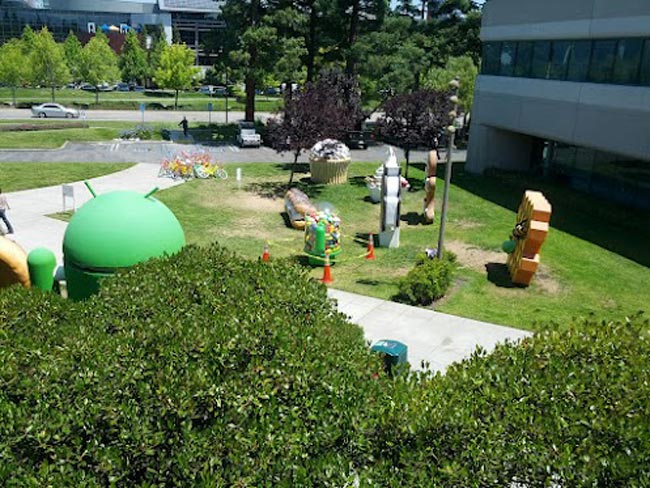 Jelly Bean is so ridiculously hot that the JB statue overheated, and his head partially melted and popped off.

And then we think somebody stole one of the jelly beans. People: please don’t steal our jelly beans.

Anyway, they’ve got the poor guy coned off now, for your safety but mostly for mine. But fear not, the designer is already working on a bug fix.

Hopefully the mascot designer will be able to come up with a quick fix.