Google’s I/O developer conference kicks off later today, one of the announcement we are expecting from Google is a new version of their mobile OS, Android 4.1 Jelly Bean.

As with every release of a new version of Android, Google places a new Android mascot on their lawn, and yesterday they put up a new one, which as you can see from the photos is clearly for Android Jelly Bean. 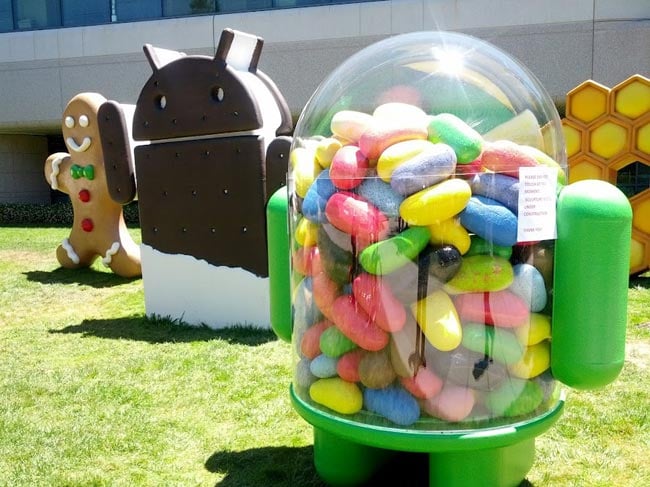 We should have full details on Android 4.1 Jelly Bean later today, which is expected to land on the Google Nexus range of devices first and also their new Asus Nexus 7 tablet which we are expecting to be announced later.