Google has now started public testing of Google wave, with 100,000 people invited into the testing phase, each of which can invite up to five people to join in on the testing.

Google Wave is an online tool that lets people communicate via video, instant messaging and wiki style editing, or as Google describes it “how e-mail would look if it were invented today”. 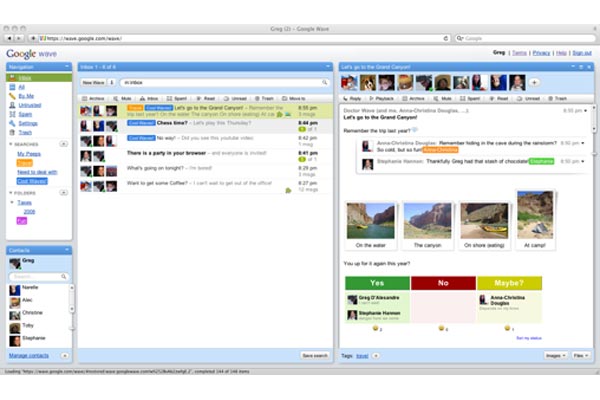 Google Wave is designed to transform the way we communicate online, and the developer behind it has described it as a ‘communication and collaboration tool’

Check out the video below to see what it is all about.