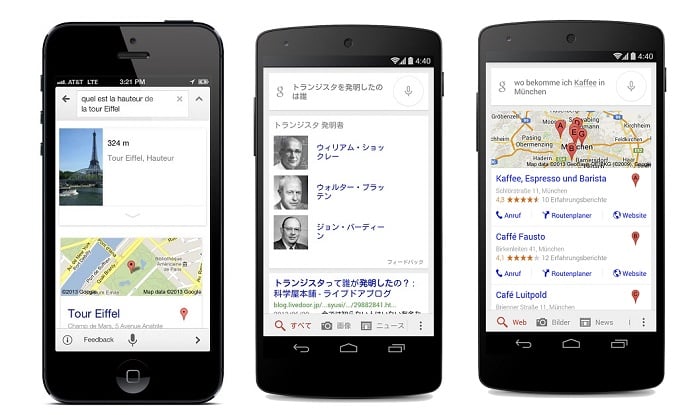 All you need to do is open Google search, tap on the microphone icon and speak you question any of the three languages and it will fetch the results in the same langauge. If you want to use one of the languages, you have to manually select it from the Settings > Language and  tap on input.

Well if you do speak French, German, or Japanese, Google can now help you find information faster by speaking out answers to your questions in your native language. English speakers have been hearing Google respond to their spoken queries for a while and we’re now bringing some of the functionality to people in other parts of the world.

You’ll now get spoken answers to many of your questions in French, German, and Japanese with the Google Search app on your Android phone as well as iPhone or iPad — just make sure you have the latest version of the app installed.

Google did mention that they will introduce more languages for the Google Voice Search in the future.