Google has announced the iOS device owner scan expect to receive access to Google Voice search within the next couple of days.

Once installed the Google Voice Search will allow iOS owners to ask the same sort of questions as on the Android version of the app. 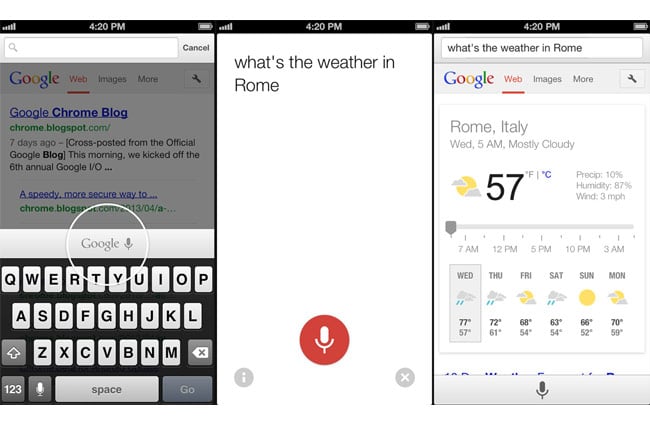 The same Chrome update will also bring with it more enhanced use of the cash, as well as improving page reloading times. Together with enabling the option for third-party apps to open links in Chrome, which will be a big bonus for those iOS users already using Chrome as their default browser as much as they can.

Look out for the new Google Chrome for iOS landing in the iTunes app store over the next couple of days says Google.