You can see details of what is new in the Google Maps API below, which include vector based maps, designed to load quickly and much more. 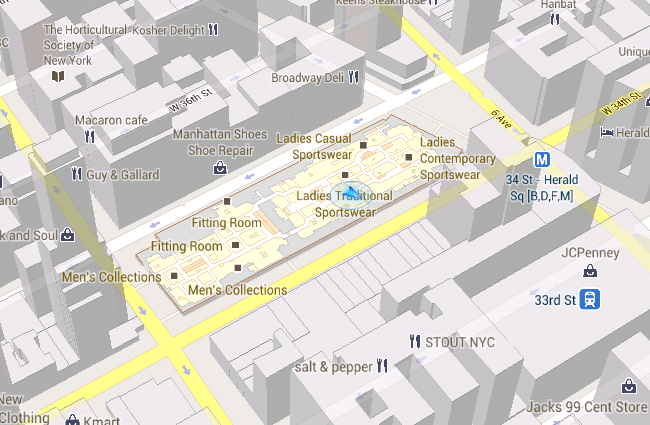 The new Google Maps Android API v2 allows you to offer interactive, feature-rich maps to users of your Android application. This version offers the following improvements:

The API is now distributed as part of the Google Play services SDK, which you can download with the Android SDK Manager. To learn how to install the package, see Installing the Maps API SDK.

Maps are now encapsulated in the MapFragment class, an extension of Android’s Fragment class. Now you can add a map as a piece of a larger Activity. With a MapFragment object, you can show a map by itself on smaller screens, such as mobile phones, or as a part of a more complex UI on larger-screen devices, such as tablets.

Because maps are encapsulated in the MapFragment class, you can implement them by extending the Android standard Activity class, rather than extending the MapActivity used in version 1.

The Maps API now uses vector tiles. Their data representation is smaller, so maps appear in your apps faster, and use less bandwidth.

Caching is improved, so users will typically see a map without empty areas.

Maps are now 3D. By moving the user’s viewpoint, you can show the map with perspective.

You can find out more information about the Google Maps API over at the Google Developers website.