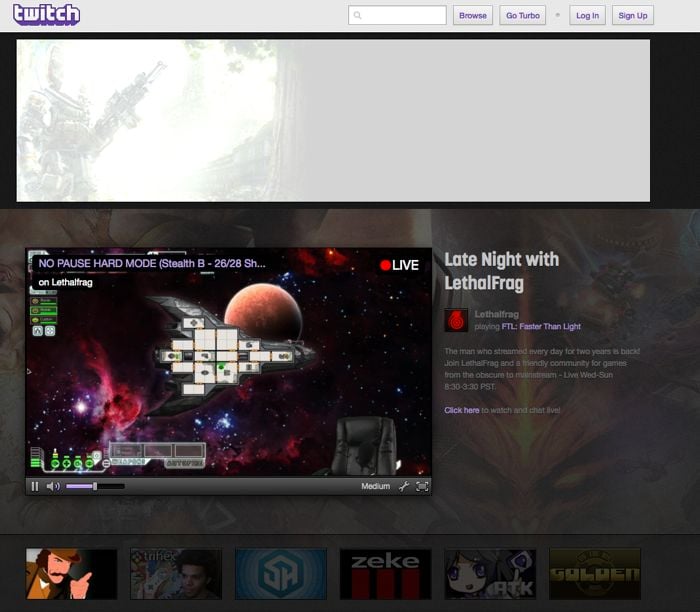 Google is reported to be in talks to buy video streaming platform Twitch, and Google are apparently going to pay around $1 billion US dollars for the company.

Twitch is a popular video streaming service that focuses on gaming, it was launched back in 2011 by Justine.tv founders Justin Kan and Emmett Shear.

The platform has become incredibly popular since its launch back in 2011, and Google could be looking to buy Twitch to boost its YouTube service.

Twitch focuses mainly on live streaming, and it accounted for 44 percent of US live streaming traffic by volume in week of April the 7th, Google’s YouTube is not as popular as Twitch for live streaming.

Twitch revealed back in February that it has more than 45 million monthly users, this includes one million people who create and stream content for the service.

Both Google and Twitch have declined to comment on the acquisition, and it isn’t clear if the purchase would just be for the Twitch service or the parent company Twitch Interactive which also own Justin.tv.