Asphalt 8: Airborne is one of my favorite games on the iPad. Recently, the action-packed game received an update on both Android and iOS, bringing in some new features as well as a promise of introducing shiny new cars in the coming update.

The latest update brings a new race track and let’s you take the heat of the new “Asian-inspired location, the Great Wall.” It will come with 6 challenging new tracks to test your driving skills. 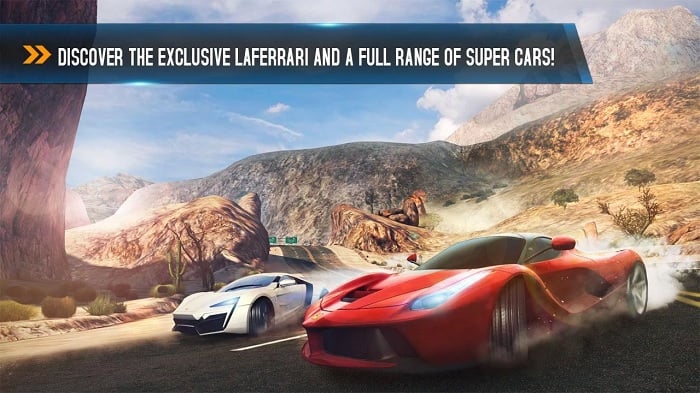 In addition, the developer promises the introduction of shiny new cars, including the McLaren P1, Ferrari Testarossa, and Dodge Challenger. The latest update also brings Twitch integration for iOS devices, allowing users to showcase their driving skills on Twitch with a few simple taps. Here’s a complete change log of the latest update from the App Store:

We’re celebrating the Year of the Horse by adding some horsepower to the game with a whole new Asian-inspired racing location! Discover the Great Wall with your McLaren P1, Ferrari Testarossa or any of the other new dream cars, and share your journey with your friends using the brand-new Twitch broadcasting feature only on the App Store!

Although Google Play Store display a little different change log and it seems the Twitch integration and new immersion mode is not available for the Android app.

If you’re a fan of Asphalt 8: Airborne and want to test your driving skills in The Great Wall track, head over to the respective App stores — iOS App Store and Google Play Store — to download the game.