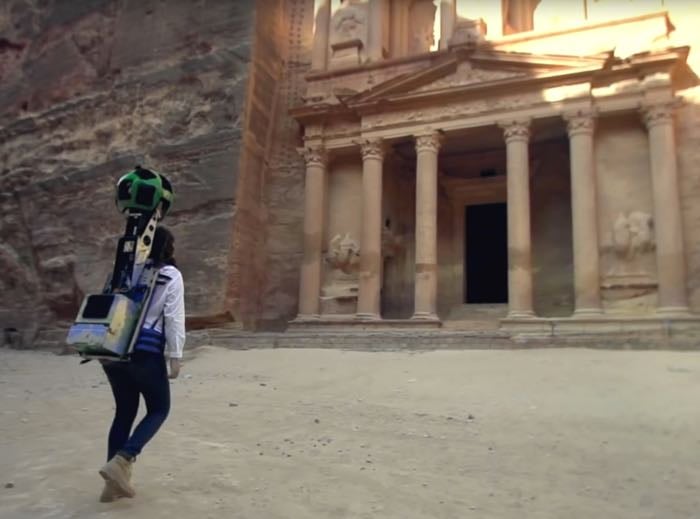 Google has announced that their Google Street View will now let you view more than 30 historical sites around Jordan.

The news was announced by Jordan’s Queen Rania on Google’s Maps Blog, you can see more details below one some of the areas covered.

What a great day for Jordan and Jordanians! Thanks to Google Street View, we can now share the rich, proud and varied history of our country with anyone who has an Internet connection. With more than 30 historical sites available to explore virtually, people all over the world now have a window into our beautiful Kingdom in the heart of the Middle East.
Throughout the ages, ancient civilizations have left their footprints in Jordan. Reminders of the Silk Road which linked the regions of the world in commerce. Ancient cities, such as the Romans’ Jerash and the Nabateans’ Petra. Significant religious sites, like Mount Nebo and the River Jordan. And, to this day, we continue to discover such footprints.

Meanwhile, Elmer Ramirez, explained that Nuevo Saposoa possesses an environment surrounded by vast amounts of vegetation which is rich in flora, which facilitates the creation of a solution of this nature.  “We made proper use of the Amazon region’s own natural resources such as the soil and plants, in harmony with the environment without any impact whatsoever on the forest, he noted.

You can find out more details about the new historical sites in Jordan that are now available on Google Street View at the link below.