Yesterday Microsoft released a couple of new products which have been designed to poke fun at Google, expanding Microsoft’s already existing Scroogled campaign with new Anti-Google merchandise such as hoodies, t-shirts and coffee mugs. Google has now responded to Microsoft with a statement. 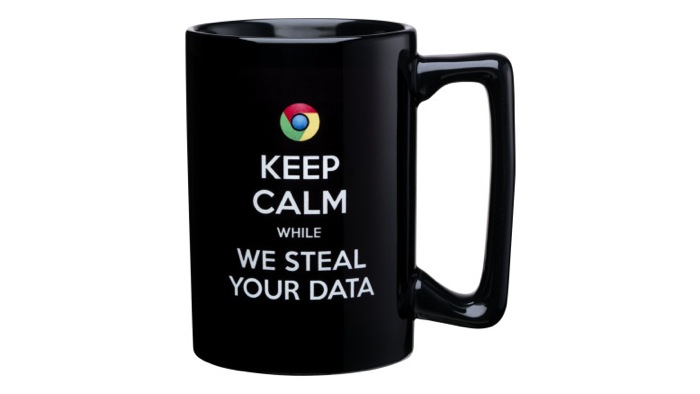 Microsoft explained a little more about their Scroogled Anti-Google merchandise :

“What we’ve found is that this Scroogled campaign has struck a chord with consumers. They really are concerned with the way Google treats them and their privacy. Hundreds of thousansd of people have signed a petition, and millions have visited the website. The T-shirts and the mugs are just a way for people to express their concerns with Google in a different way, but sort of a fun way. “

When asked for a comment about the Microsoft Scroogled Products, Google responded in awesome fashion by saying:

Microsoft’s latest venture comes as no surprise; competition in the wearables space is really heating up.

It will be interesting to see what move Microsoft now makes to this taunt by Google. You can see all of these Scroogled products from Microsoft over at the Microsoft Store if you are interested. 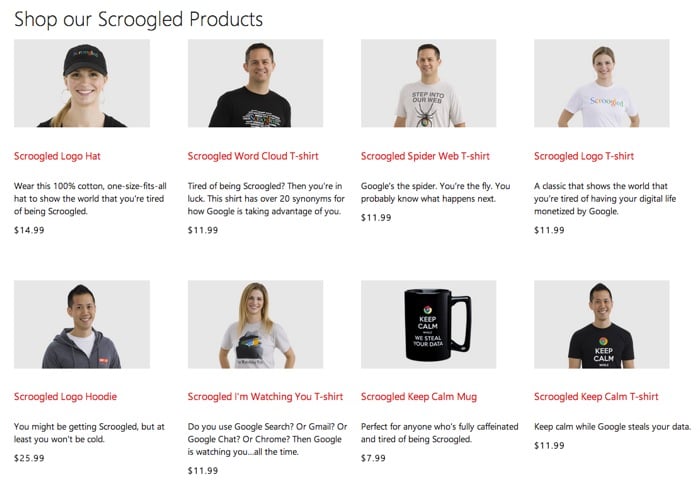