Call it the height of social responsibility or just plain decent, but Google are taking part in the world’s energy future unlike any other company. The wind farm locate din Oregon is touted to be the largest, or at least among the largest, on Earth. It’s also at the cutting edge and once completed in a couple years will produce enough energy to light up a small metropolis. 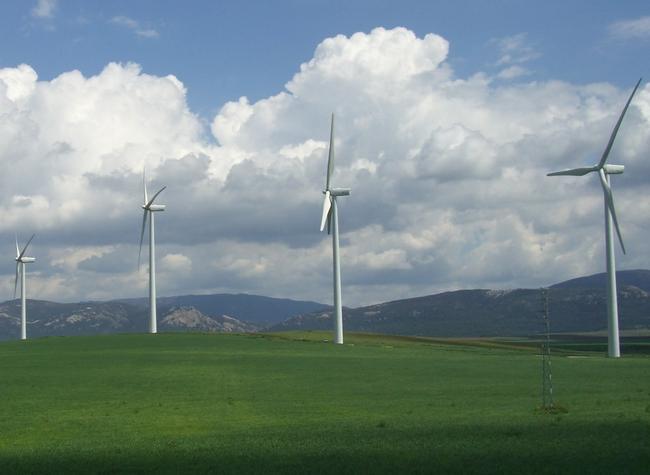 Here’s what it says on Google’s blog:

We recently invested approximately $100 million in the Shepherds Flat Wind Farm, anticipated to be the largest wind farm in the world. Shepherds Flat is currently under construction near windy Arlington, Ore., and when completed in 2012 will produce 845 MW of energy. That’s a lot of wind—enough to power more than 235,000 homes.

This project is exciting to us not only because of its size and scale, but also because it uses advanced technology. This will be the first commercial wind farm in the U.S. to deploy, at scale, turbines that use permanent magnet generators—tech-speak for evolutionary turbine technology that will improve efficiency, reliability and grid connection capabilities. Though the technology has been installed outside the U.S., it’s an important, incremental step in lowering the cost of wind energy over the long term in the U.S.

Shepherds Flat will help Oregon continue to be one of the top wind producing states in the nation, while providing significant direct economic benefits to the state. The project will also benefit the region by helping California meet its aggressive renewable energy goals with a cost-effective and clean wind resource. The electricity produced at Shepherds Flat will be sold under long term agreements to Southern California Edison.