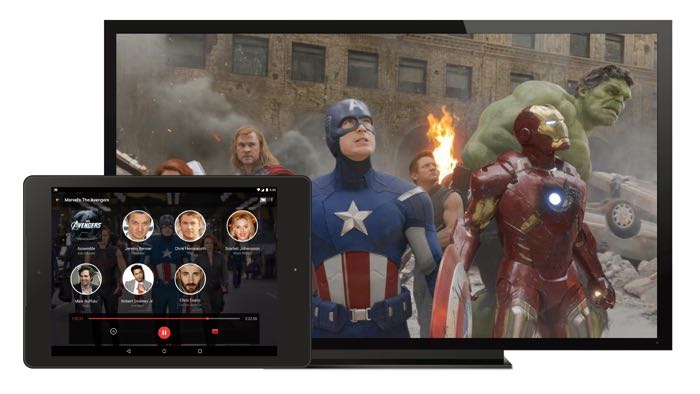 Google has announced that they are releasing a new version of the Google Play Movies & TV app for Android, the latest version of the app comes with a new look and feel with Google’s material design.

As well as a new design, the Google Play Movies & TV app also comes with a range of new features, which will bring actor or soundtrack cards on your phone or tablet whilst you are watching a movie on your Chromecast of Nexus Player. 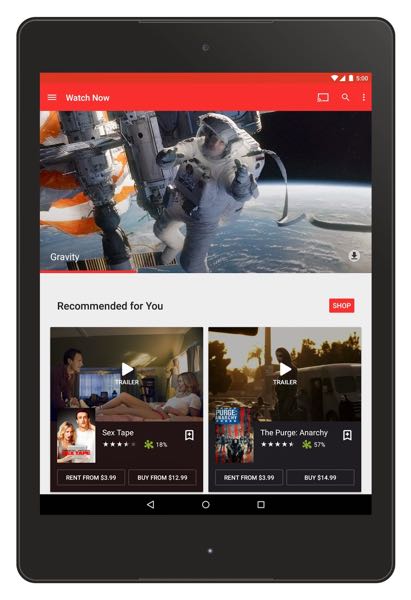 Now when you cast your favorite movie or show to your TV using Chromecast or the new Nexus Player, you’ll get actor or soundtrack cards on your phone or tablet while you are watching, with extra information about what’s playing on screen. Next time you’re burning to know where you’ve seen that actress before, or want to remember a song for later, you don’t have to hit pause or fumble with your controller. It’s at your fingertips—just like your popcorn. Look for the Info Cards badge on the Google Play store to find movies and TV shows that offer this feature.

You can find out more details about the new Google Play Movies & TV app overat Google at the link below, the update will be rolled out over the next week.