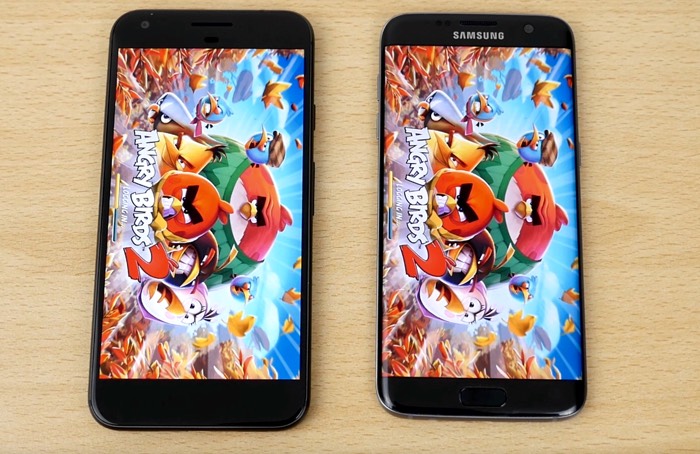 We recently saw a video of the new Google Pixel and the iPhone 7 Plus and now we have another one, this time it is the Google Pixel XL vs Samsung Galaxy S7 Edge.

The video below of the Google Pixel XL vs Samsung Galaxy S7 Edge shows the two handsets compared side by side in some speed tests.

As we can see from the video the Galaxy S7 Edge is faster for some things like loading games and then slower in some of the other tests.