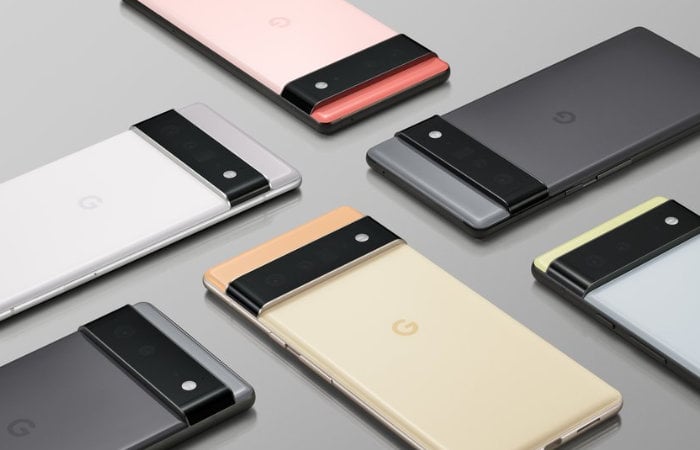 As well as officially launching their new Google Tensor mobile processor Google has also officially launched its new Pixel 6 and Pixel 6 Pro phones. The Google Tensor is the companies first custom-built SoC and has been specifically created for the new Pixel phones and will be first available powering the Pixel 6 and Pixel 6 Pro when they launch sometime later this year during the fall. Today Google is only providing a preview of its new Pixel 6 and Pixel 6 Pro phones and said it will release more details on features technical specification and pricing in the near future. Although previously specifications for the new Pixel phones have been leaked but as you would expect Google has not confirmed these as yet.

“These new phones redefine what it means to be a Pixel. From the new design that combines the same beautiful aesthetic across software and hardware with Android 12, to the new Tensor SoC, everything about using the Pixel is better. We also upgraded the rear camera system. The improved sensors and lenses are now too big to fit into the traditional square — so the new design gives the whole camera system a new home with the camera bar.”

Google announced Android 12 and the new Material You design language at Google I/O and has been used it to create a new animation and design framework, “to make using your Pixel feel incredibly natural because everything runs smoothly on the Tensor chip” explains Google.

“The Pixel 6 and Pixel 6 Pro have new materials and finishes, too — like the Pro’s light polished aluminum frame, and the 6’s matte aluminum finish. And they both feel great in your hand. “

As soon more details, specifications and prices are released by Google for their new Pixel 6 and Pixel 6 Pro phones we will keep you up to speed as always.