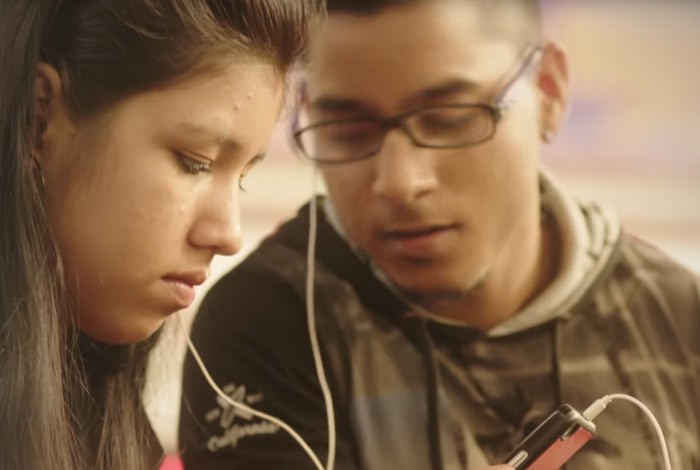 Google has this week started rolling out a new huge public wireless network across India that once completed will be the world’s largest public Wi-Fi network. The initial hotspots have been installed at the Mumbai Central train station in India and by the end of the year Google hopes to have 100 installations up and running.

By the end of the project Google hopes to have 400 stations enjoying the wireless connectivity providing the 23 million people that use the Indian train system every day with the ability to jump onto the Internet for free (to start) and enjoy high speed wireless Internet connections, fast enough to provide the connection that is capable of streaming HD movies.

Well, if you’re in Mumbai Central, or, soon, in one of these next four stations, you’ll know that high-speed Wi-Fi is available if you see the ‘RailWire Wi-Fi’ network in your Wi-Fi settings. If you see it, select it and follow the simple steps below to gain access on your phone and up to two additional devices, like a laptop or tablet — you’ll just need an Indian mobile number to get an access code for each device: 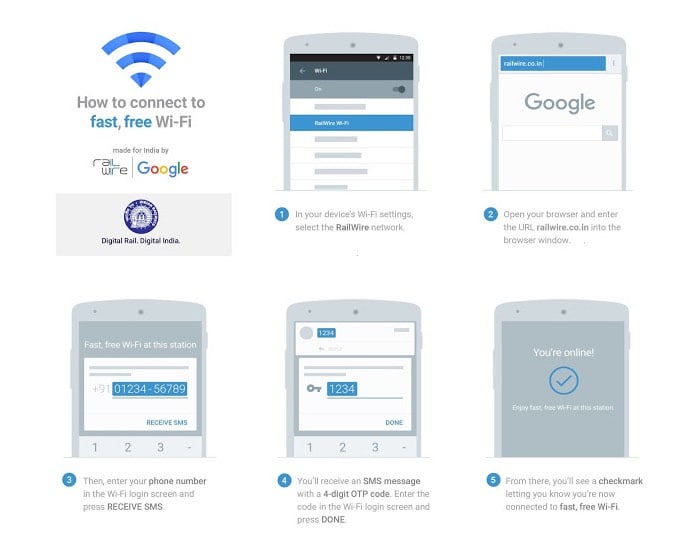 The Wi-Fi will be entirely free to start, so you can stream and download to your heart’s content. While there will always be some level of free Wi-Fi available, the long-term goal will be making this self-sustainable to allow for expansion to more stations and places, with RailTel and other partners, in the future. Also, to make sure that a few people spending all day in the station downloading lots of big files don’t slow down the network for everyone, users might notice a drop in speed after their first hour on the network. Most people should still be able to do the things they’ll want to do online.

For more information on the rollout of India’s largest wireless network jump over to the Google Asia Pacific blog for more details.