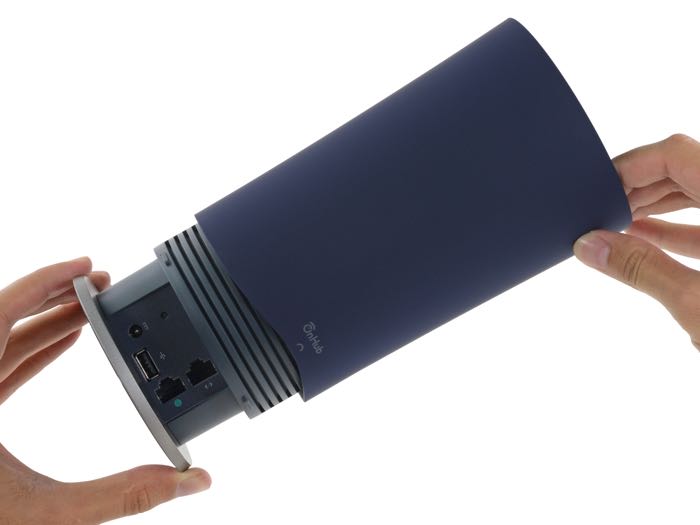 The iFixit guys are at it again, this time they have managed to get their hands on the new Google OnHub and have taken the device apart to find out what is inside.

The OnHub was announced last month by Google, the device is a new WiFi router which is designed to make using a WiFi router easier.

Inside the Google OnHub WiFi router there is a dual core 1.4GHz processor and 4GB of e-MCC Flash storage, there is also 1GB of DDR3L RAM. 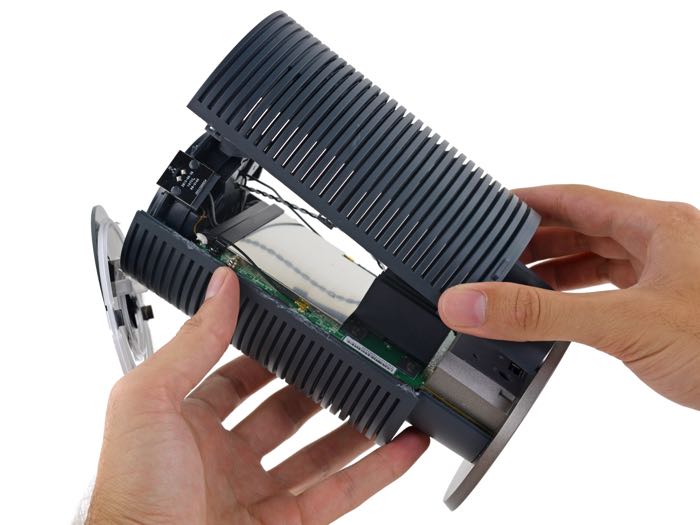 Other specifications on the device include IEEE 802.11 b/g/n/ac and a 12 antenna array for dual band 2.4GHz and 5GHz WiFi, there is also a congestion sensing radio and antenna, plus Bluetooth 4.0 and a USB 3.0 port.

Taking the device apart, the guys from iFixit also discovered that there is an ambient light sensor inside the device which is used to change the colors of the OnHub. 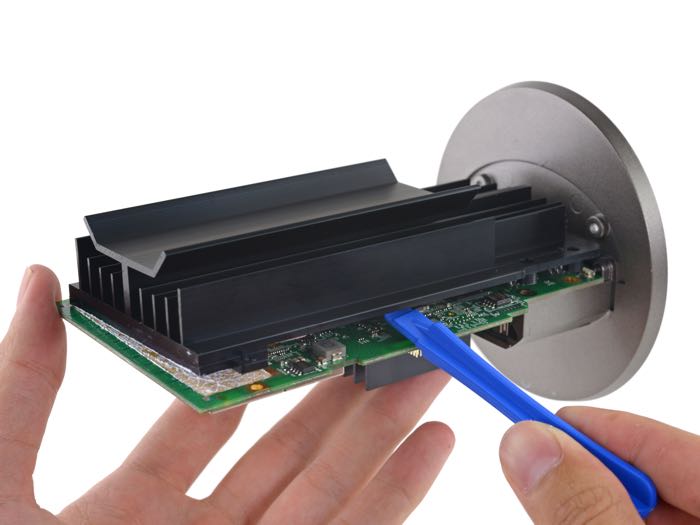 The casing on the device was fairly easy to remove and under the rubber base on the device there are screws which hold the hub together, once these are removed and the top is removed, the device can be split in two to reveal the internal components.

The guys from iFixit score their devices from 1 to 10 on their repair index, 1 is the most difficult to repair and 10 is the easiest and the Google OnHub managed to score 4 out of 10. 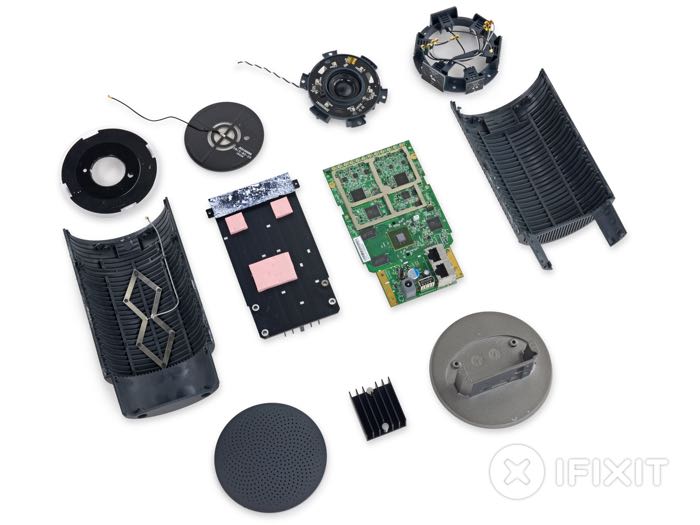 The reason for the low score on the iFixit repair index is because the majority of the ports are on a single board, this means soldering is needed to replace any ports. They also said that the small antenna connectors are fragile and could break when the devi8ce is taken apart.

You can find out more details about Google’s OnHub and what was found inside the device over at iFixit at the link below.