Google’s announced its new Google Offers beta service has now rolled out to 5 more cities across the US including Austin, Boston, D.C., Denver and Seattle.

If you have not heard of Google Offers before its a new service that enables Google to publish deals that are localised to US geographic locations. The service currently in its beta development stage was started after Google’s attempt to purchase Groupon an existing offer and deal service failed. 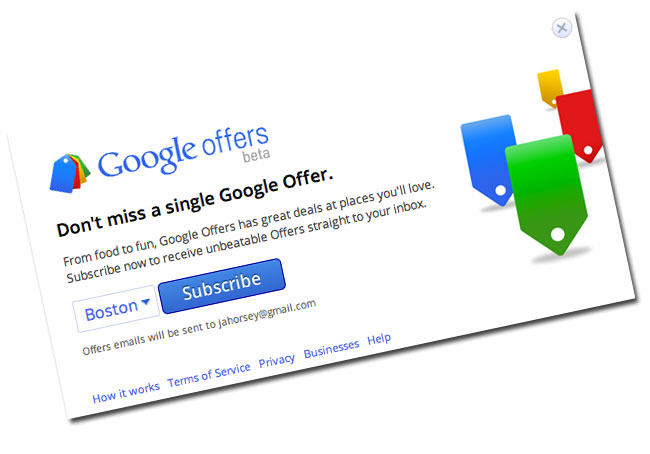 Users who signup of for the new local services receive a daily email with a deal of the day, surprisingly in a similar in a vein to Groupon. But unlike Groupon, an offer on Google Offers is valid regardless of how many people take it.

You can also find and buy Google Offers from all eight regions that are currently part of this trial in the Google Shopper app for Android under the “Todays Offer” tab.