Google Offers, the new service currently in its beta stage of development from Google, has now gone live with its first special offers coupons arriving in Portland US for the Floyd’s Coffee Shop.

Google announced their new Google Offers service back in April and started taking orders for coupons in New York, San Francisco and areas of Portland shortly after. The new service has been developed to compete with Groupon and was started after Google missed out on purchasing the Groupon company for an estimated $6 billion. 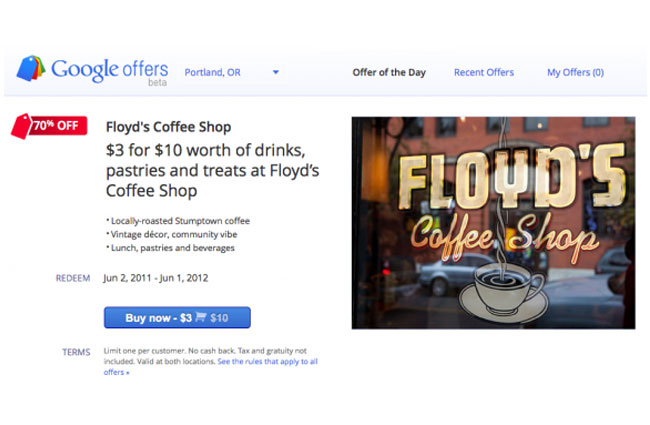 Google will be combining the new Google Offers service with their new Google Wallet service. A mobile payment system developed by Google that allows its users to store credit cards, loyalty cards, and gift cards as well as redeeming sales promotions on their mobile phone.

The combination of the two services will provide Google with a strong competitive edge over other special offer providers such as Groupon and LivingSocial.