Google has this started rolling out its new Google Now service to desktops and notebooks systems after only being initially available on smartphones.

Google originally started allowing users to enjoy Google Now in beta releases of their Chrome browser back in February of this year. Now Google is removing this beta development label and making the service available to all users that use their Chrome browser and sign in. 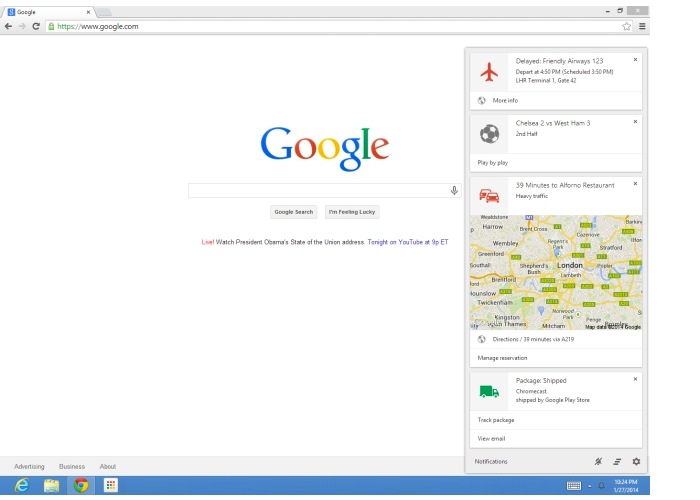 The Google Now service provides users with cards that include notifications, weather forecasts, upcoming appointments, news updates and more for users to enjoy.

“If you use Google Now on your mobile device, you can see certain Now cards on your desktop computer if you’re signed into Chrome, including weather, sports scores, commute traffic, and event reminders cards. Some of these cards may be based on the location of your mobile device.

Google Now on Chrome shows a subset of the Now cards you see on your mobile device, which uses your device’s location. You can edit your location settings (Location Reporting and Location History) on your Android or iOS device at any time.”

Google announced earlier this month when unveiling their new Google smartwatch device running a new and stripped down version of Android called Android Wear, that Google Now will be a key feature of the new wearable operating system.

For more information on the new Google Now service arriving on desktop and notebook systems running Google’s Chrome browser, Jump over to the official Google Now website for more details and what you can expect from the service.