Google Now is now better than before. Recently, Google rolled out an update that comes with offline support, which means the cards will stay loaded even if you lose internet access.

Previously, Google Now needed internet access to display personalized information in the form of cards, and presents it whenever you need it, such as weather forecasts, meeting information, etc. 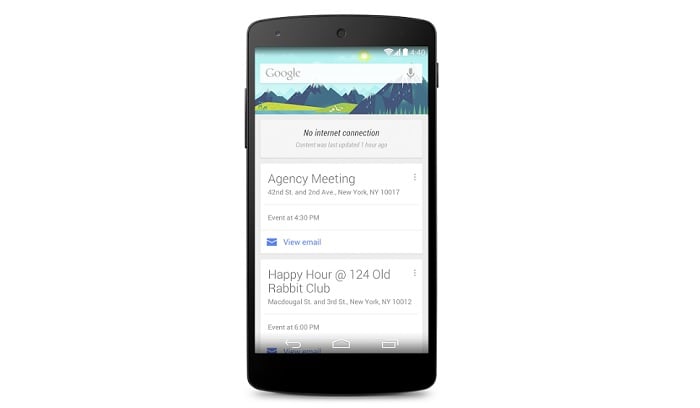 It runs in the background and the data is preloaded, but now, you’ll be able to access them even if you run out of internet connection.  Google announced in a blog post,

Next time you’re on the subway and want to check on your day’s appointments with Google Now, you won’t have to worry about lack of cell service. Starting today (make sure you update your #GoogleSearch App for Android http://goo.gl/idgt3y) your Google Now cards stay loaded, even when you lose service in the subway… or your favorite underground bar!

Just make sure to update your Google search app to make use of this new feature, and use offline cards.