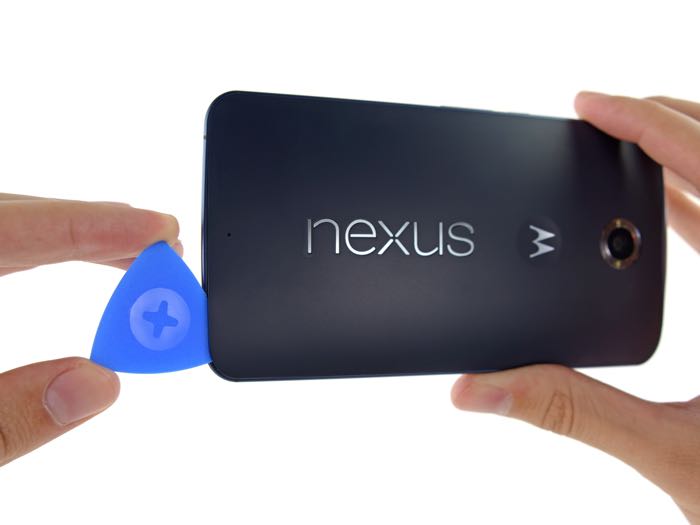 Google recently launched their first Android 5.0 Lollipop smartphone, the Google Nexus 6, and now the guys from iFixit have taken the handset apart to see what was inside.

The Google Nexus 6 comes with some impressive specifications, which include a 5.96 inch QHD display with a resolution of 2560 x 1440 pixels, and a 2.7GHz Snapdragon 805 quad core processor from Qualcomm. 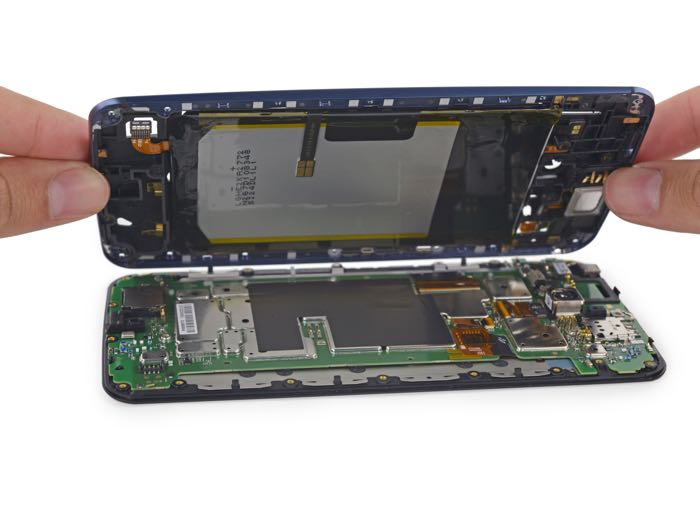 The handset also comes with 3GB of RAM and a choice of either 32GB or 64GB of storage, plus a 3220 mAh battery, a 2 megapixel front facing camera, and a 13 megapixel rear camera.

So how easy is the Google Nexus 6 smartphone to repair, iFixit scores devices on a scale of 1 to 1, with 1 being the most difficult to repair, and 10 being the easiest to repair. 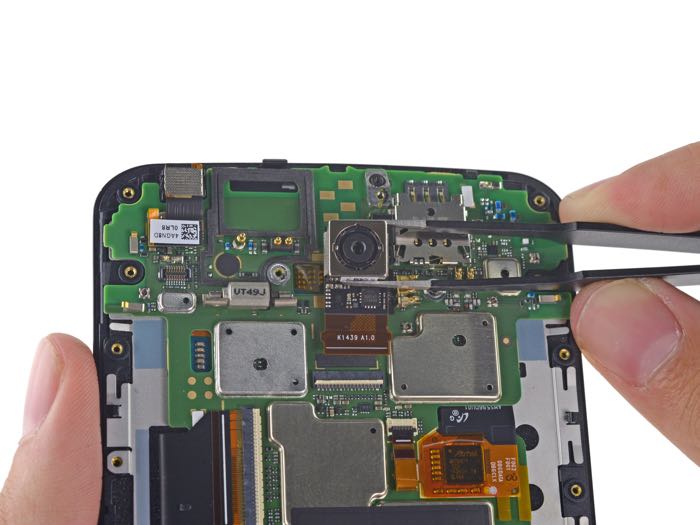 The Nexus 6 managed to score 7 out of 10 on the iFixit repair index, which is a pretty decent score, and means that the device should be moderately easy to repair.

A couple of components make the device more difficult to repair, which include the digitizer, this is fuzed to the display, which means there is more chance of a cracked screen when attempting to compare.

There were also a number of other components, which included the SIM card slot, speaker and the USB port, all of these are soldered to the motherboard, this makes them harder to replace.