The Google Nexus 5 is rumored to be announced some time today, and now the handset has appeared in some web logs with Android 4.4 Kit Kat in tow.

The guys over at Phandroid spotted the Google Nexus 5 with Android 4.4 in their web server logs, and Android 4.4 appeared with the following build numbers, KRT10, KRT10F and KRT13, the KRT13 is apparently the latest build. 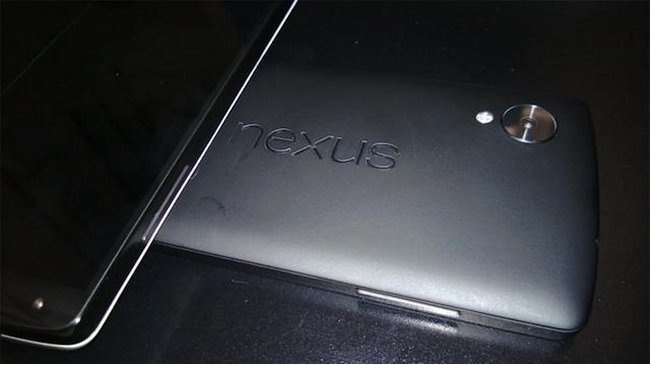 From the previous rumors that we have heard, we are expecting the Google Nexus 5 to come with a 5 inch full HD display with a resolution of 1920 x 1080 pixels.

The latest Nexus smartphone is rumored to be powered by a quad core Qualcomm Snapdragon 800 processor and will apparently come with 2GB of RAM and a choice of 16GB or 32GB of storage.

The rear 8 megapixel camera on the Google Nexus 5 is expected to feature optical image stabilization and a number of other advanced camera features.

We previously heard that the 16GB Nexus 5 will retail for $299 and the 32GB model for $399, as yet this has yet to be confirmed. The handset is rumored to go on sale before the end of the month.

As the Nexus 5 is rumored to get official some time today, hopefully we should have more details on the device and also some more photos of the handset later today.