Google’s Nexus 4 smartphone has been in short supply since the handset was launched last year, good news if you have been waiting to get your hands on one as the handset is now back in stock at the UK Google Play store.

Both the 8GB and 16GB Google Nexus 4 handsets are now available to buy at the UK Google Play store, and Google is showing a shipping time of 1 -2 weeks for the device. 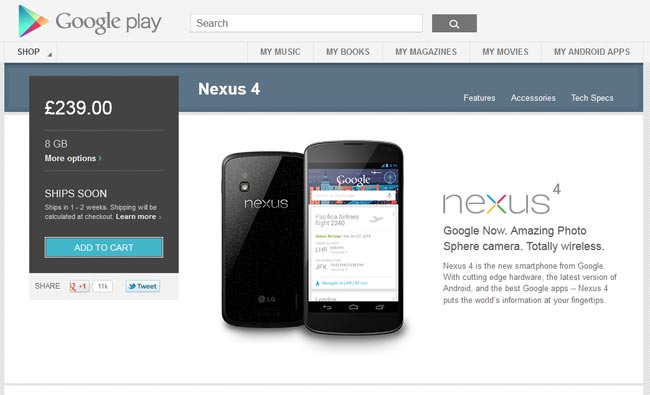 There are no details on how much stock of the Nexus 4 Google has available, so if you want one it might be a good idea to get one sooner rather than later, as the handset will probably be sold out again soon.