Google [GOOG] has launched a new version of their Google Mobile App, which was previously available for the iPhone, the new version has had a re-design for Apple’s new iPad. 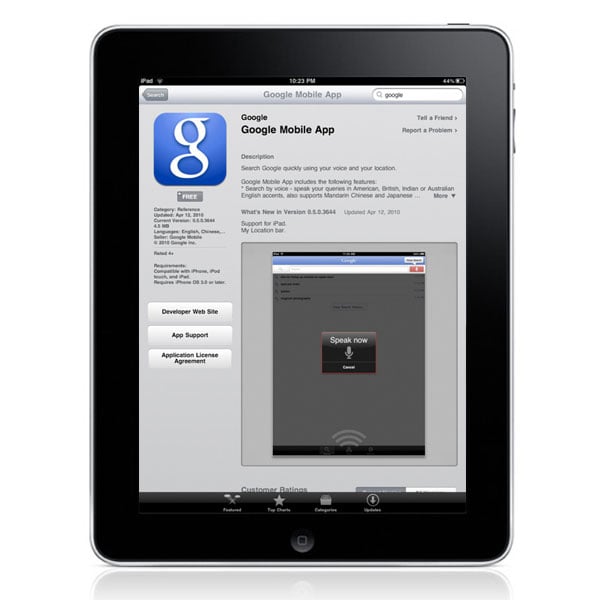 The Apple iPad version of Google Mobile features an integrated ‘My Location’ bar and comes with access, to Gmail, Google Calendar, Google Latitude, and Google Docs.

It is now available as a free download from iTunes.