If you enjoy exploring the world from the comfort of your computer screen, you’ll be pleased to know that Google has added new 360 degree views of Antarctica to its Google Maps service.

The new 360 degree views provide panoramic imagery of historic Antarctic locations and are part of Google’s World Wonders site, where you can learn more about the history of South Pole exploration. 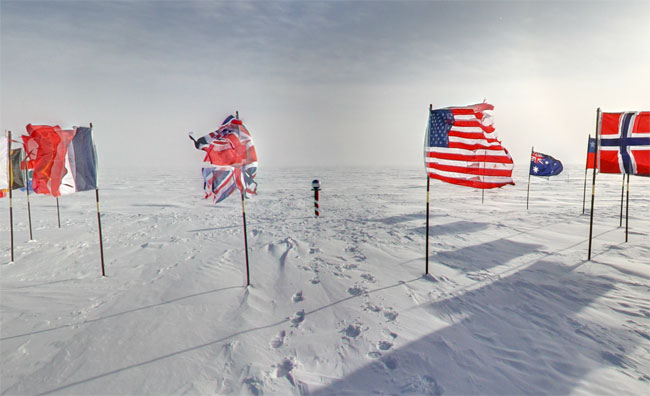 To create the 360 degree images, Google left their Street View cars in the garage and instead opted for a lightweight tripod camera fitted with a fisheye lens. Google explained in their blog post :

“With the help of the Polar Geospatial Center at the University of Minnesota and the New Zealand Antarctic Heritage Trust, we’ve added 360-imagery of many important spots, inside and out, such as the South Pole Telescope, Shackleton’s hut, Scott’s hut, Cape Royds Adélie Penguin Rookery and the Ceremonial South Pole.”