Google [GOOG] is launching a new application for Google Android enabled smartphones, called Google Maps Navigation, the best part about this new application, it is free, and it features turn by turn navigation, like many of the highly priced paid apps currently available on the Apple iPhone. 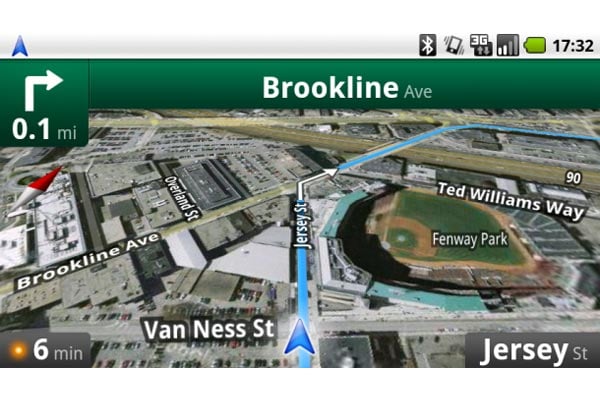 Google Maps Navigation will be available to anyone using Google’s latest mobile OS, Google Android 2.0, and it will provide the user turn by turn directions which are powered by Google Maps, and comes with a slick interface that includes Google Voice recognition and Google Street View.

“Mobile platforms–Android and others–are so powerful now that you can build client apps that can do magical things connected to the cloud,” said Google CEO Eric Schmidt in a briefing for reporters at Google’s headquarters on Tuesday.

This is great news for consumers, who now have a free alternative to paid for Turn by Turn navigation devices, and also paid for apps, like the Tom Tom iPhone app which costs $99.99.

Google are also working with Apple, to bring the Google Maps Navigation to the Apple iPhone, although the process involved on getting it on the iPhone is slightly different that a simple submission to the App store, as Google’s current Map application comes bundled with the iPhone.

Google have also mentioned that they may also license the software to makers of in car Sat Nav systems, and we could even see it integrated into cars by manufacturers.